mariam flew out for the 4th of july weekend and we had a really good time. she got in late thursday evening, so we went straight back to my grandparent’s house to sleep (after a bit of a search trying to find somewhere open that was selling contact lens solution.. forgetful me..). friday morning we set out early down the coast to monterey. i didn’t tell her we were going to the aquarium, and she acted like a six year old on christmas morning when we pulled up. and of course, she had too much fun: 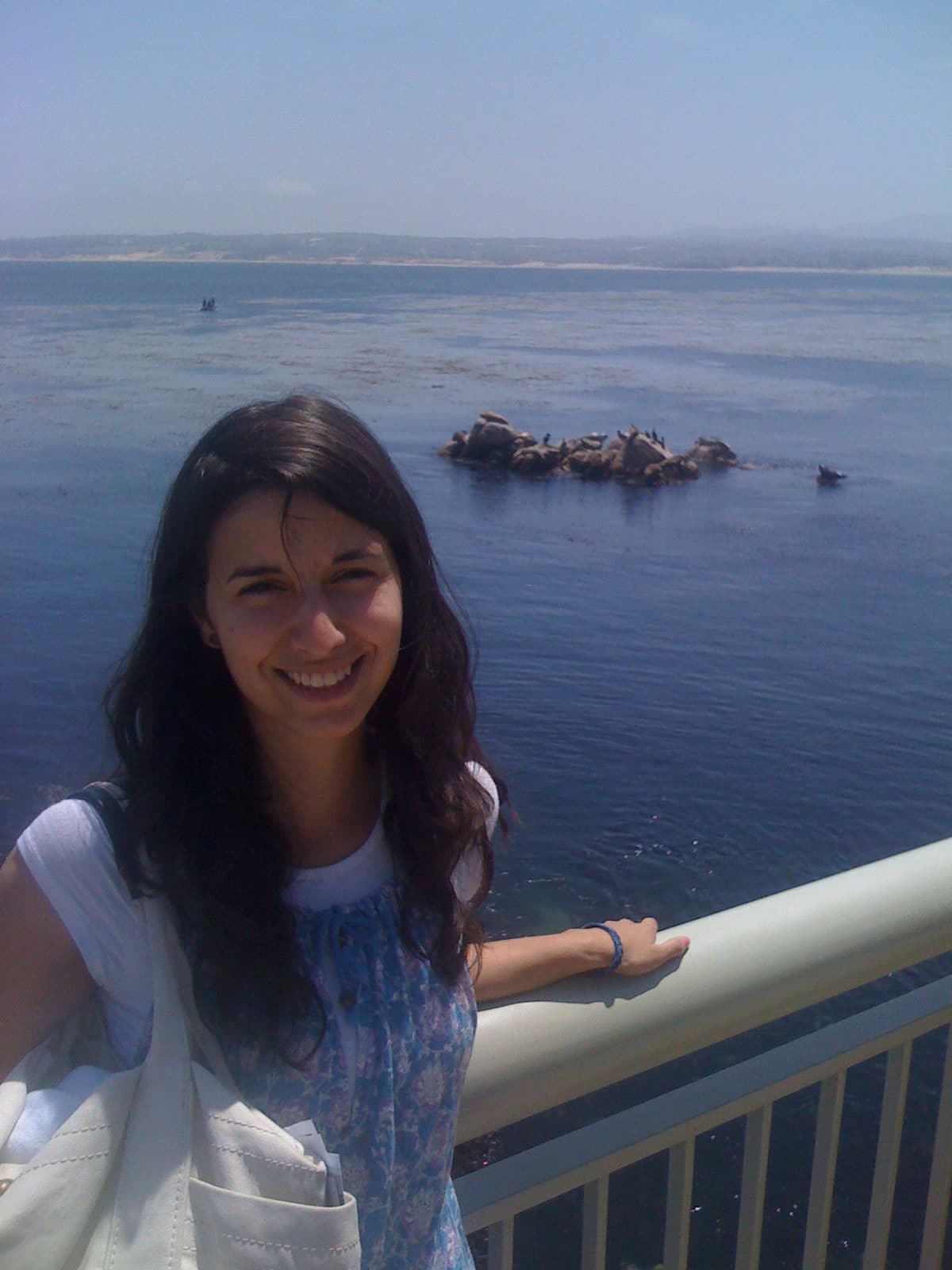 apparently sea lions are the most amazing thing in the world if you are a 21 year old girl. 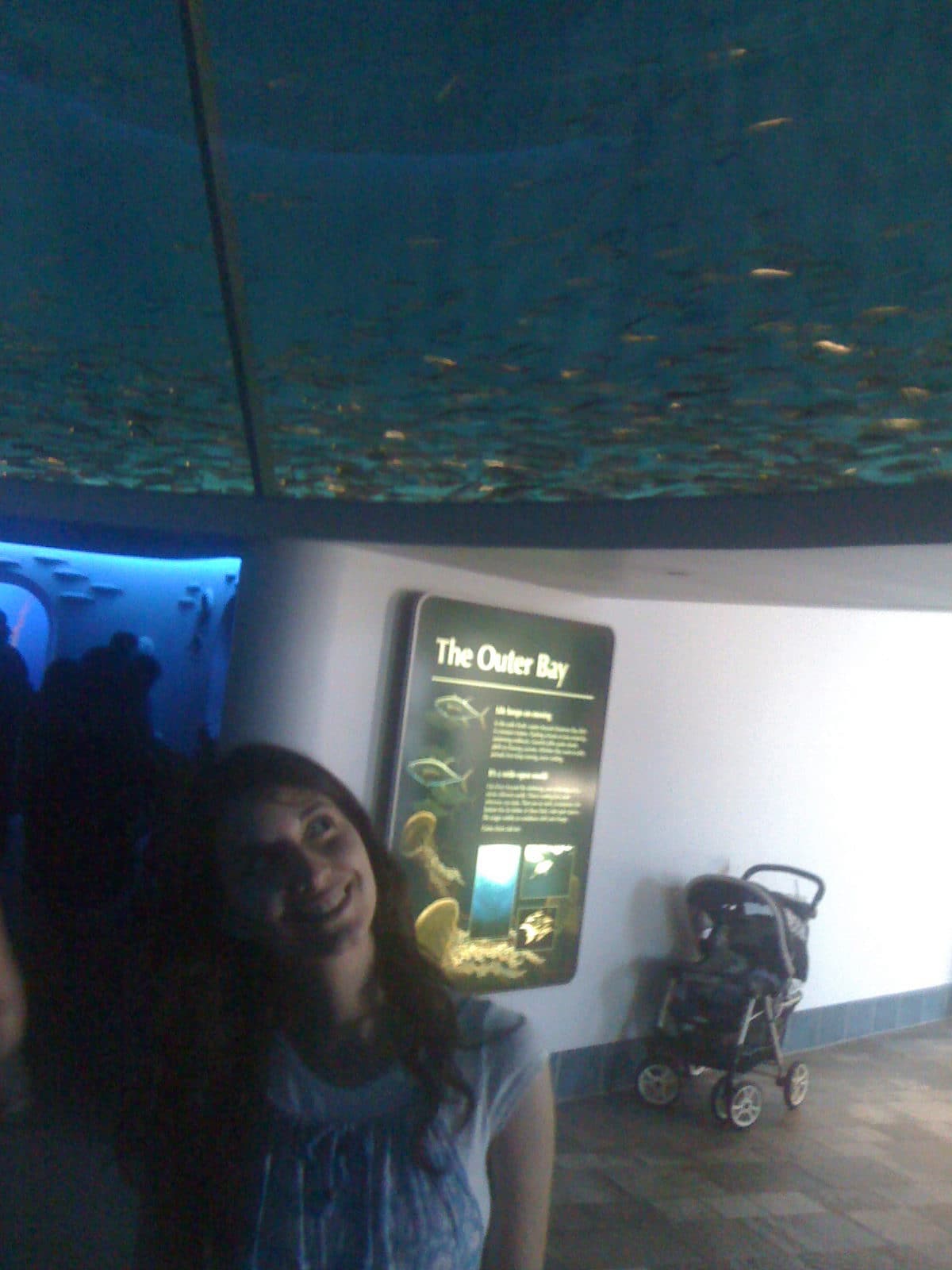 mariam as giddy as a school girl.. surrounded by a school of fish. 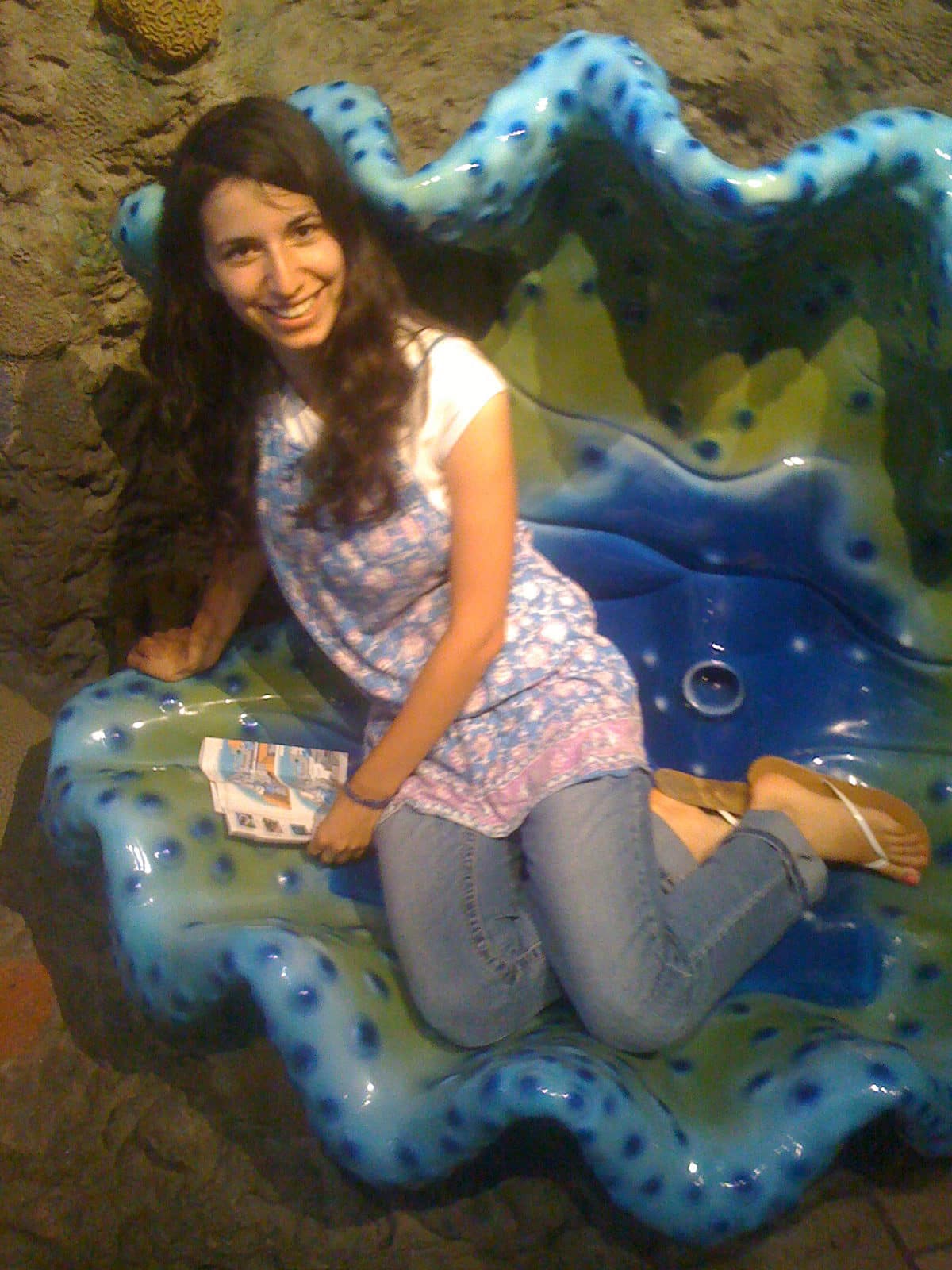 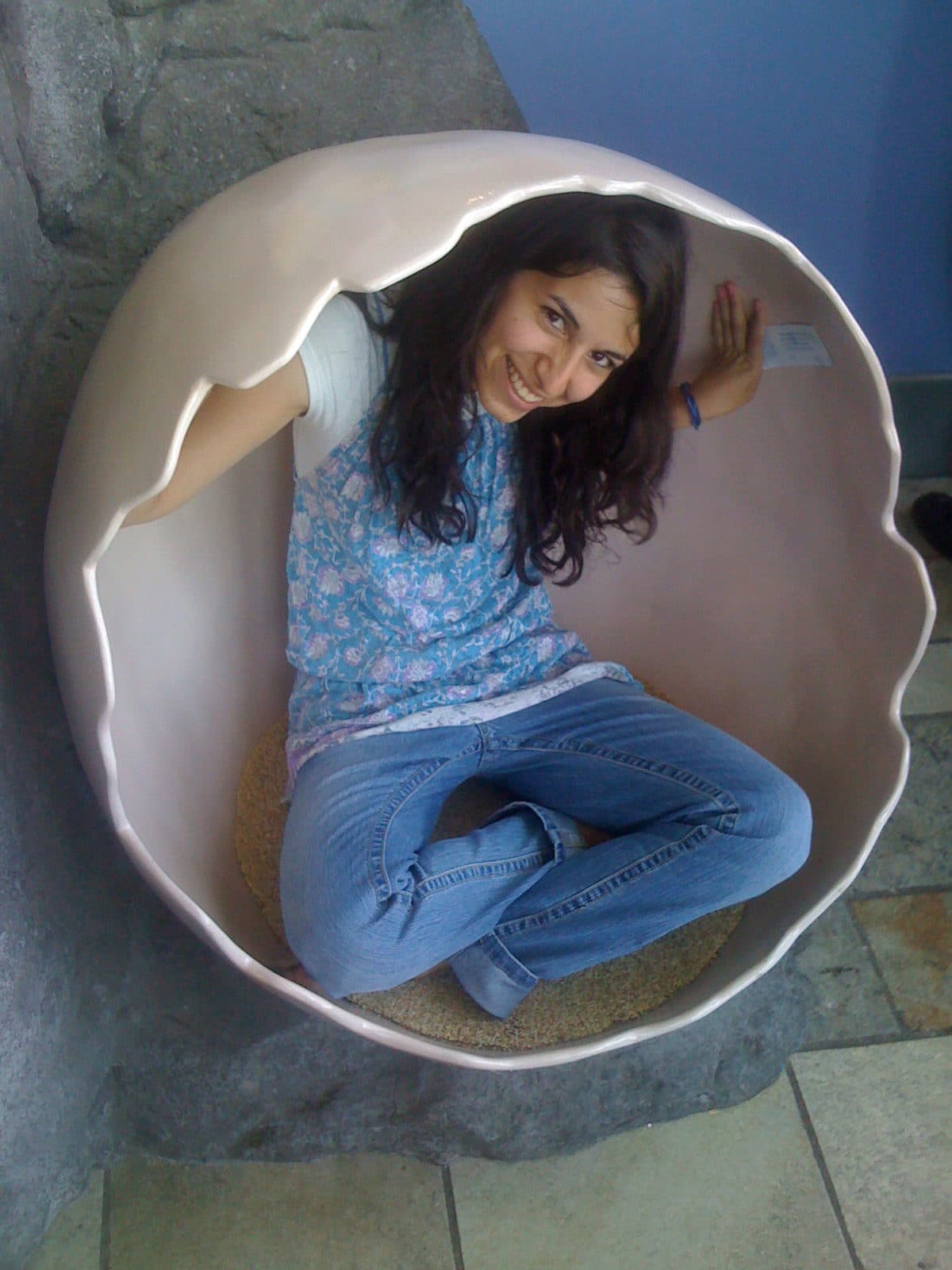 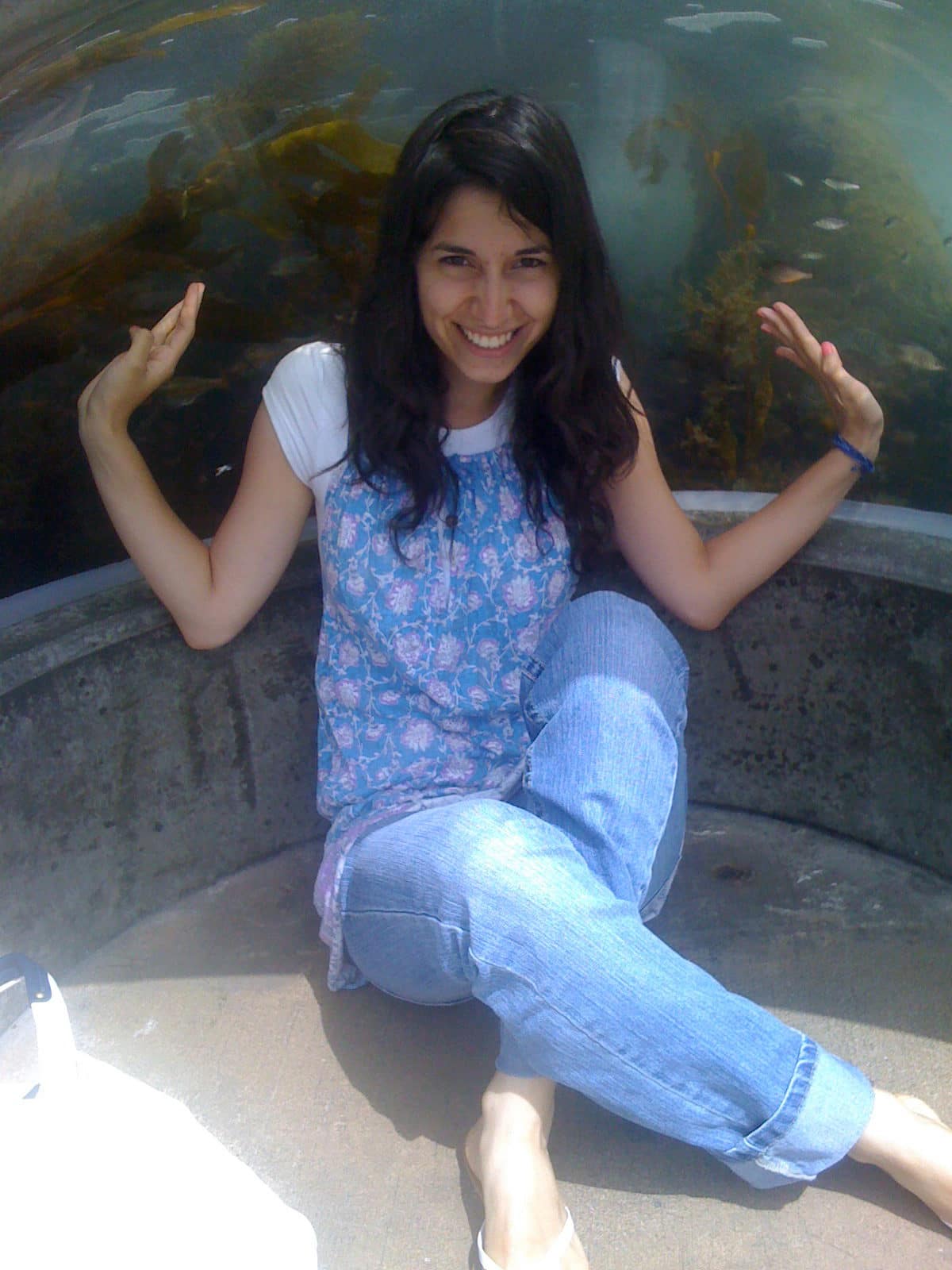 mariam’s sitting underneath an aquarium impression. 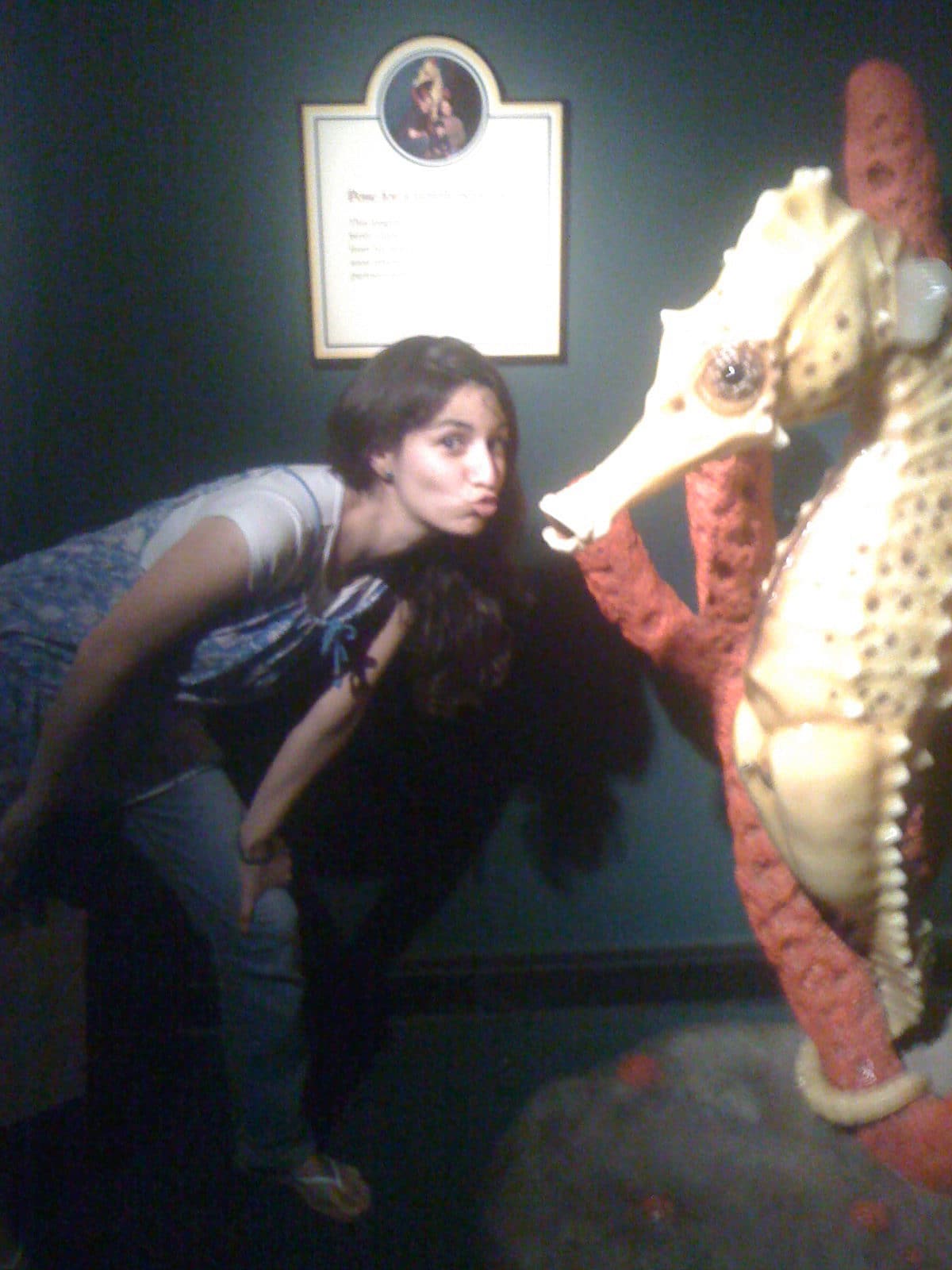 like i said, she had too much fun. this is right before she got kicked out. 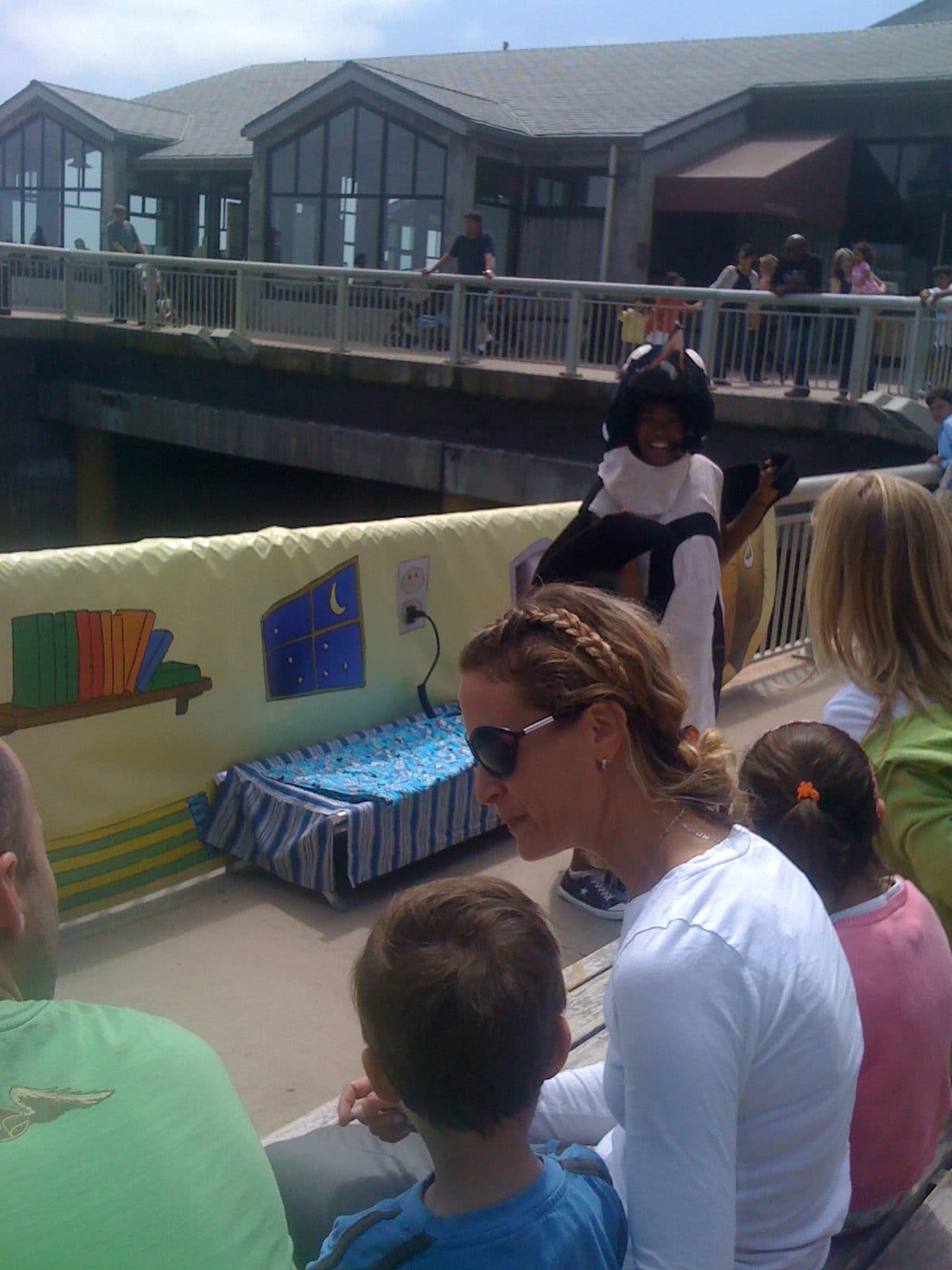 for some reason we thought that going to the “watt a waste” musical skit was good idea. seriously, the highlight of the day………. 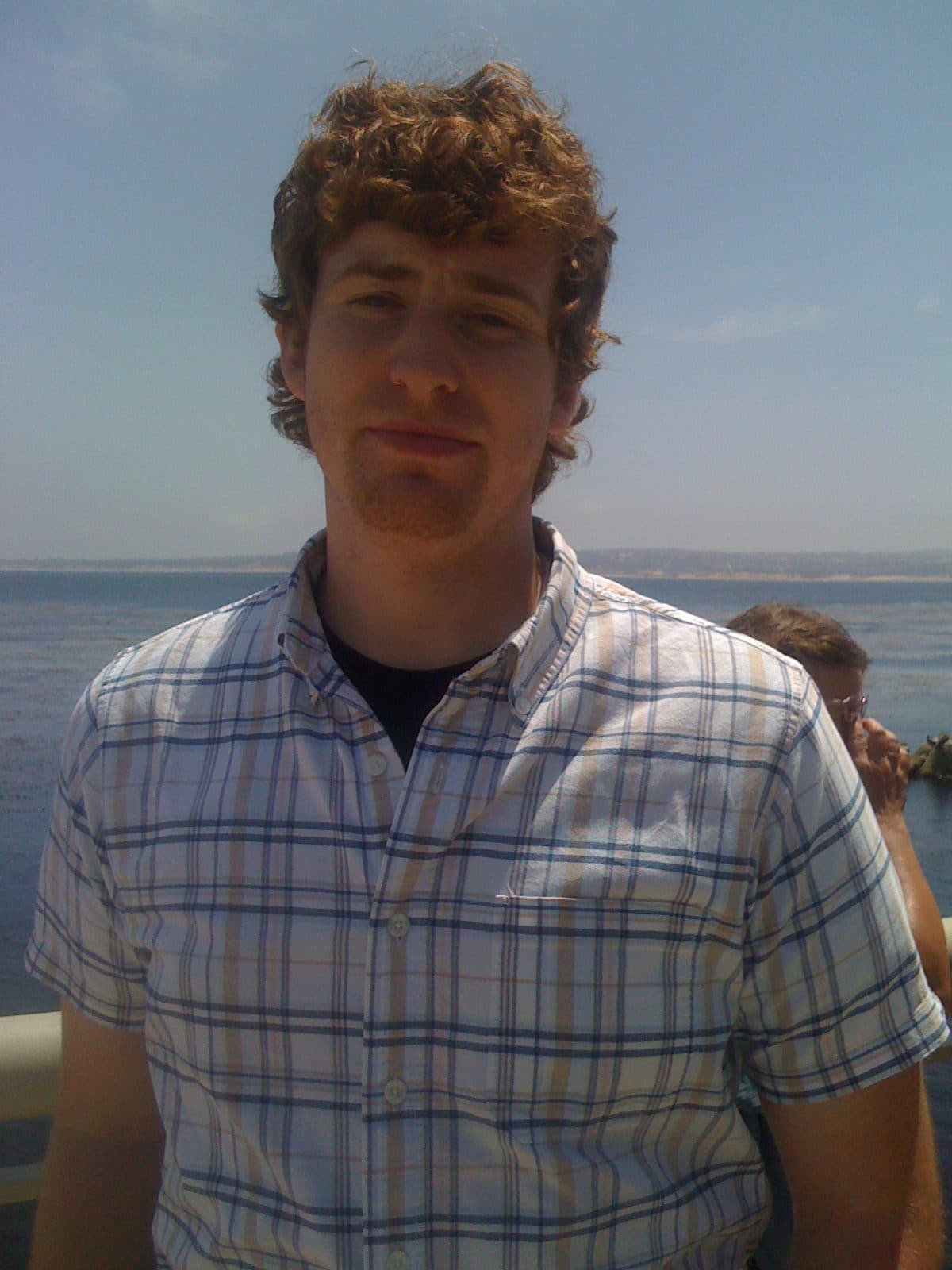 me being somewhat annoyed at mariam for stealing my phone. 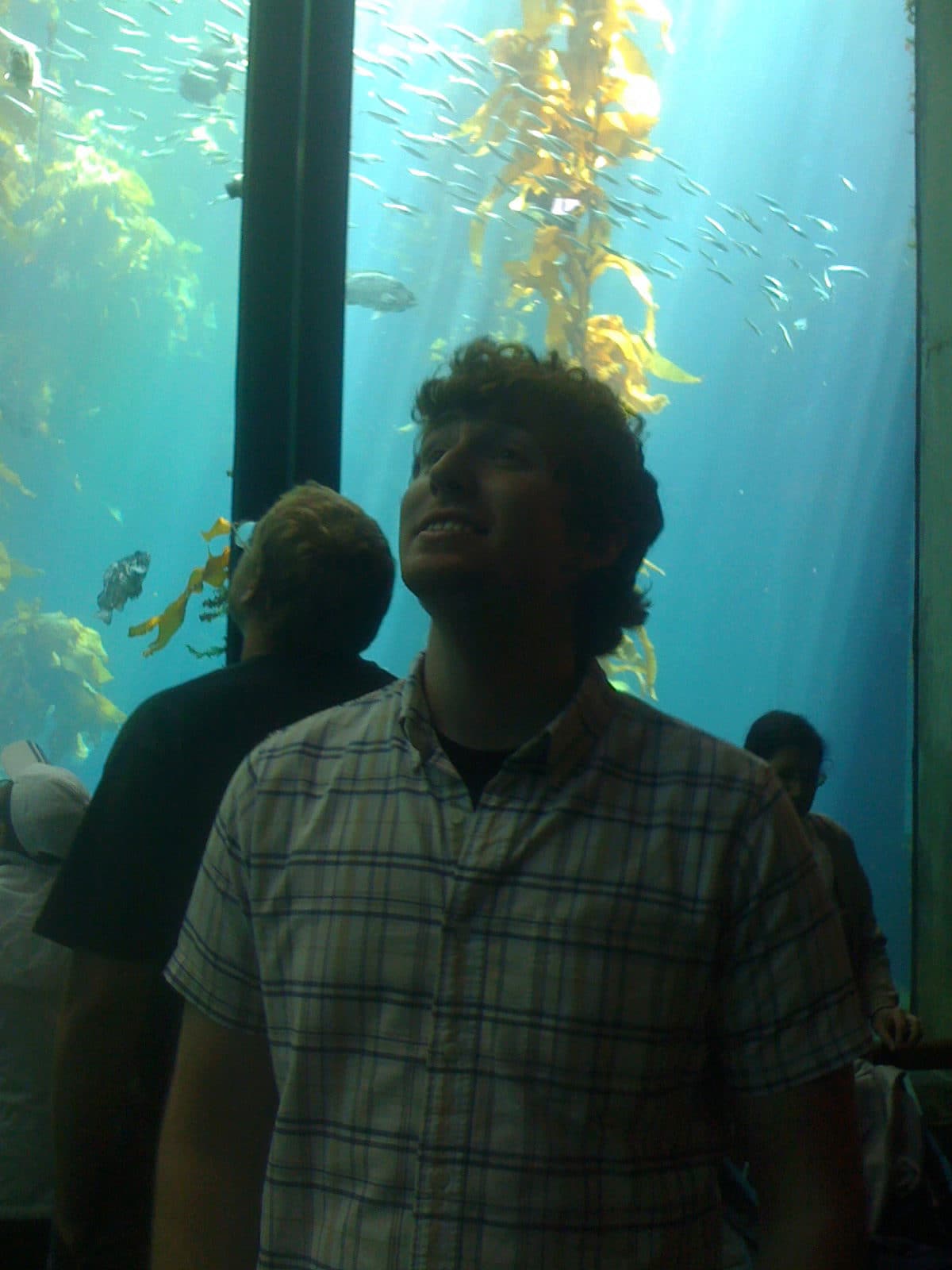 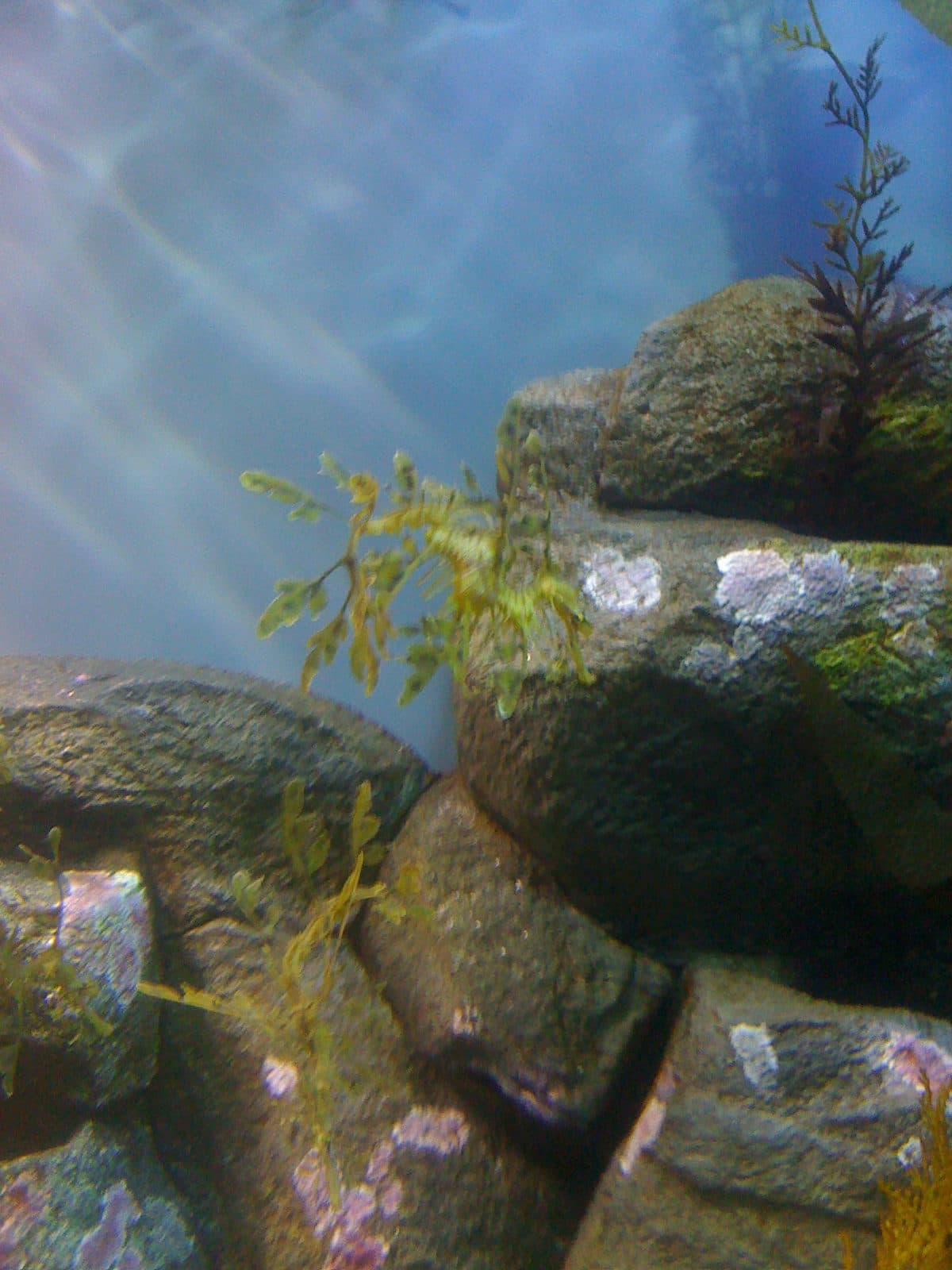 as were the sea horses. 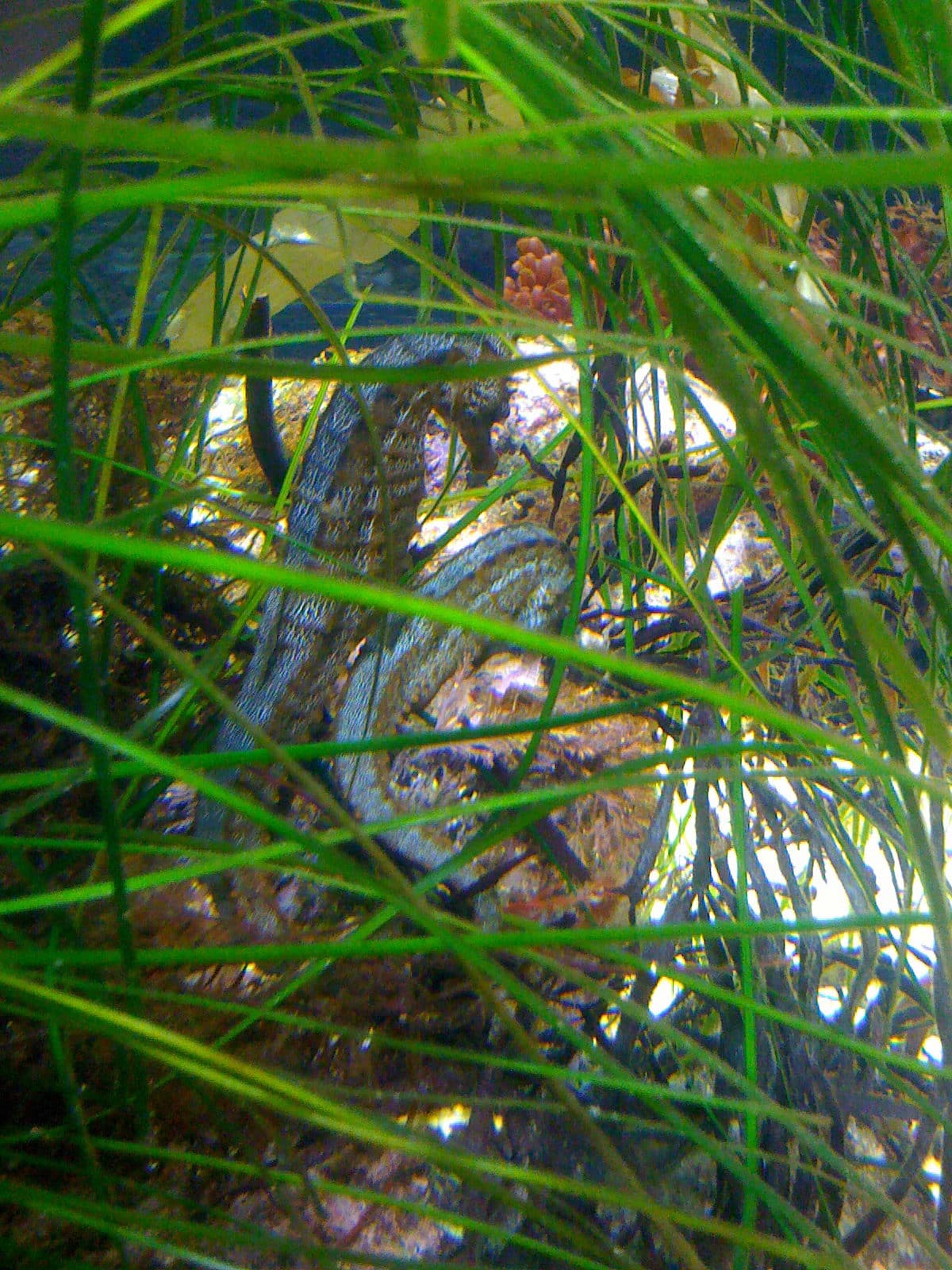 i think this blog post just suddenly got very adult themed… after the aquarium, we decided to get out of the tourist trap area for lunch. we got some sandwiches at compagno’s market, and they ended up being quite delicious. we ate them at a park alongside the bay, and then mariam decided she wanted to go play. 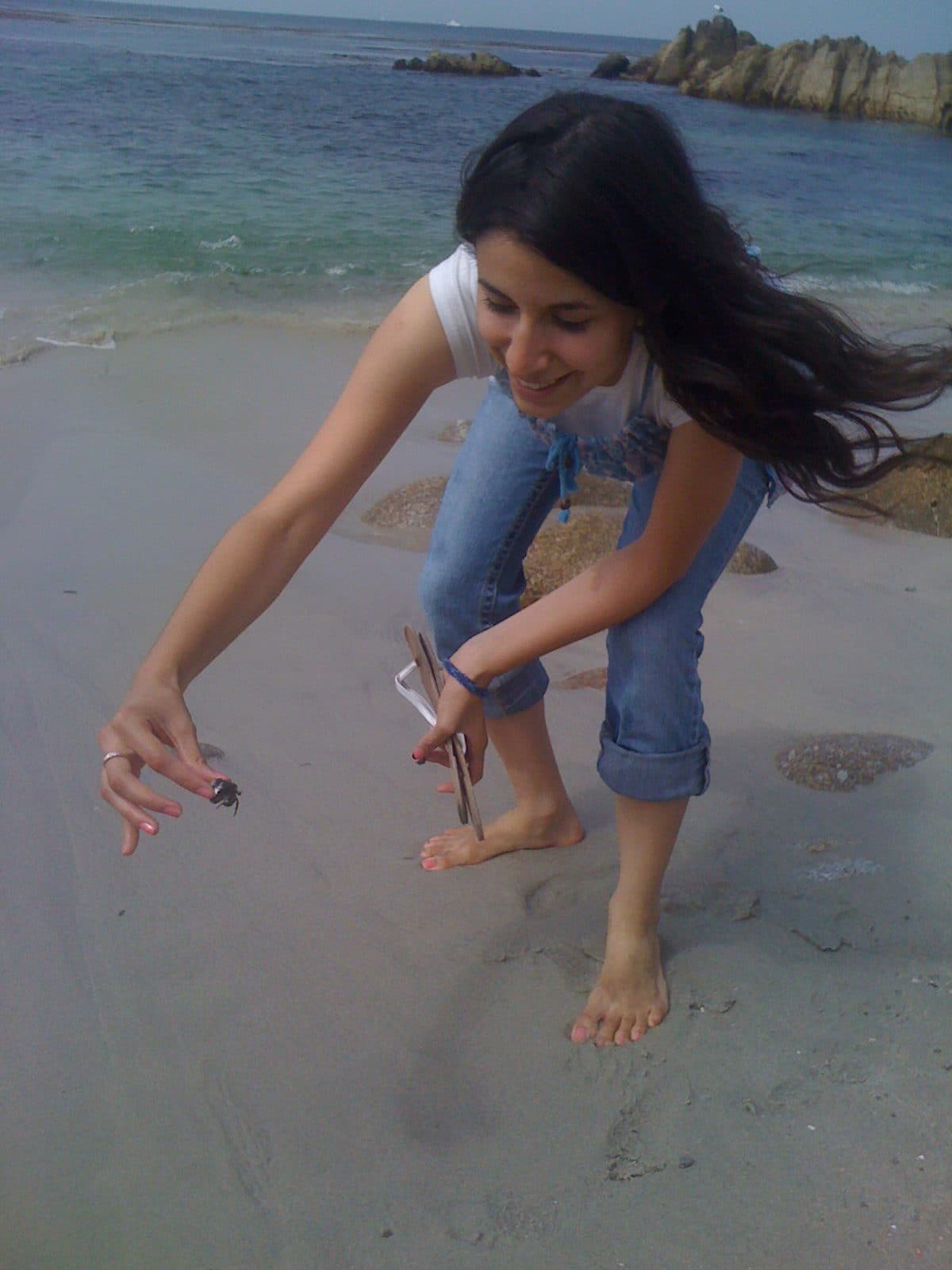 after all the talk about protecting nature at the aquarium, there mariam goes bothering the poor crab.. 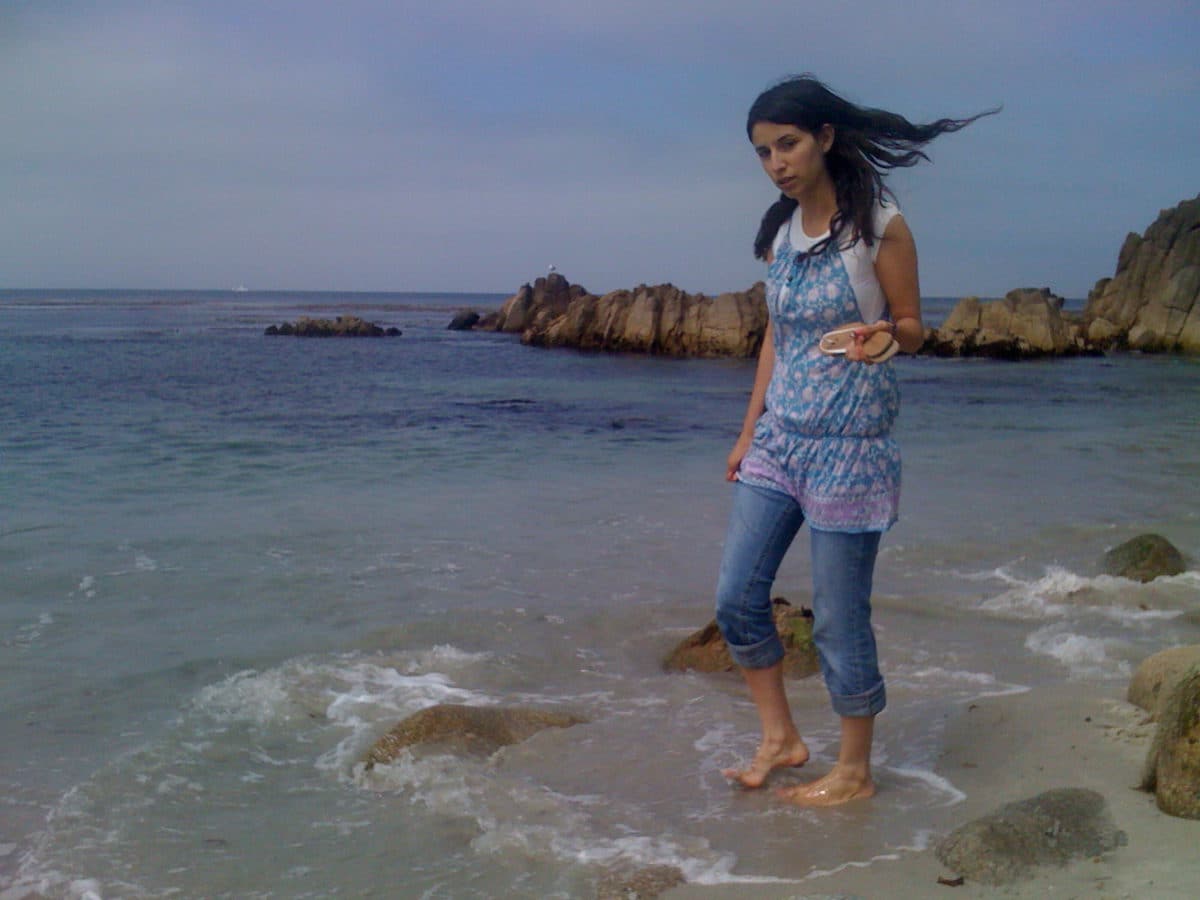 monterey bay is pretty. after playing, we drove down through pebble beach on the 17 mile drive, which had some pretty awesome scenery. after that, we decided to head back north. we made a quick stop in santa cruz to get some cookies at the pacific cookie company. so tasty.. many thanks to amy jo and charlie for introducing it to me. by the time we got back to my grandparent’s house, we were both pretty worn out, so we hit the hay. on 4th of july morning we went to a pancake breakfast at my grandparent’s church. mariam handled the overly dramatic patriotic ceremony at the beginning quite well. we decided to pass on the concord 4th of july parade (mostly because of the memorial day incident), so we went and watch the movie up instead. it was quite cute. in early evening, we drove down to the oakland temple. they had a patriotic symphony and choir concert, which actually turned out quite fun. we got a few pictures in before it got too dark. 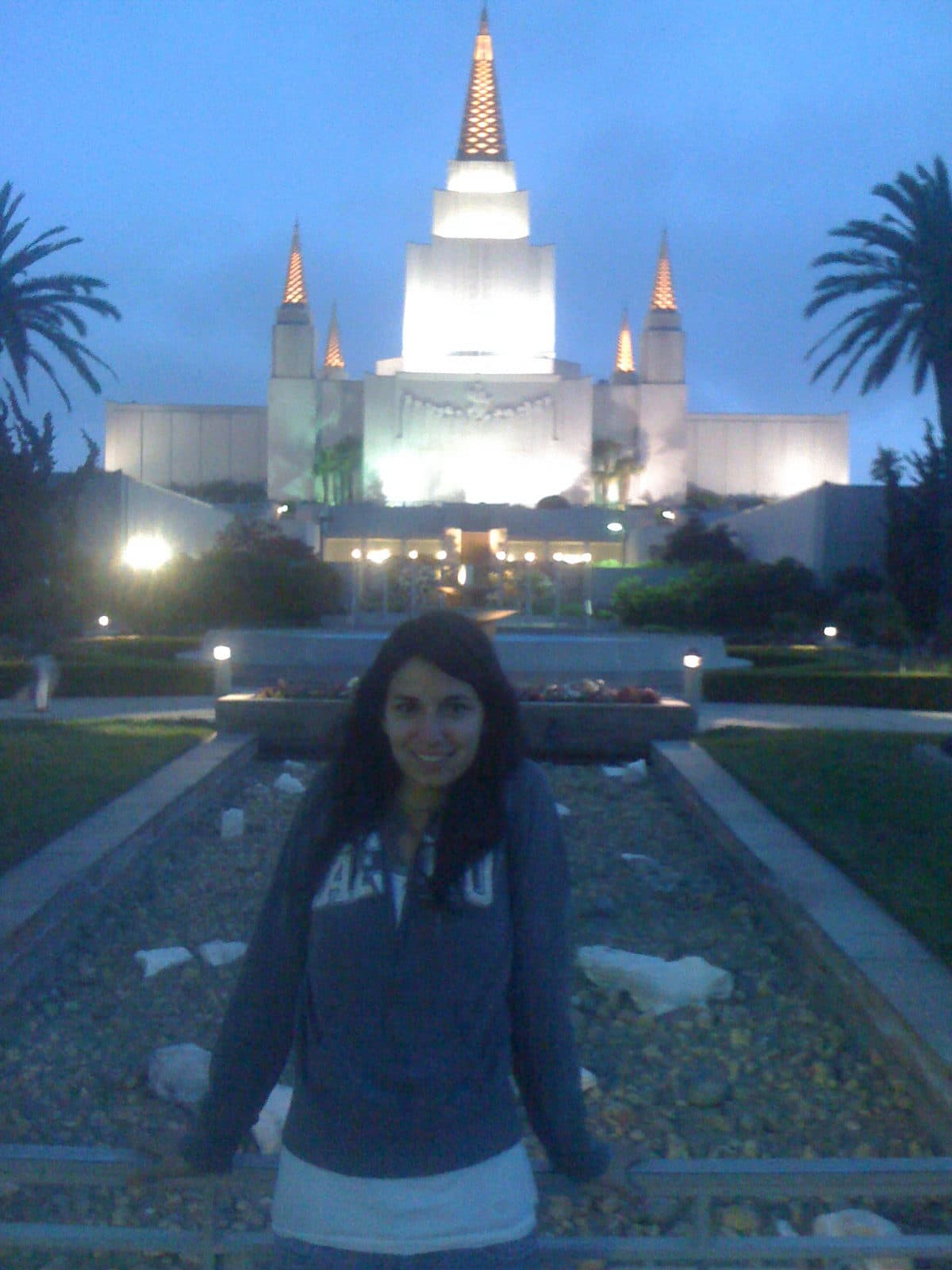 mariam at the temple. 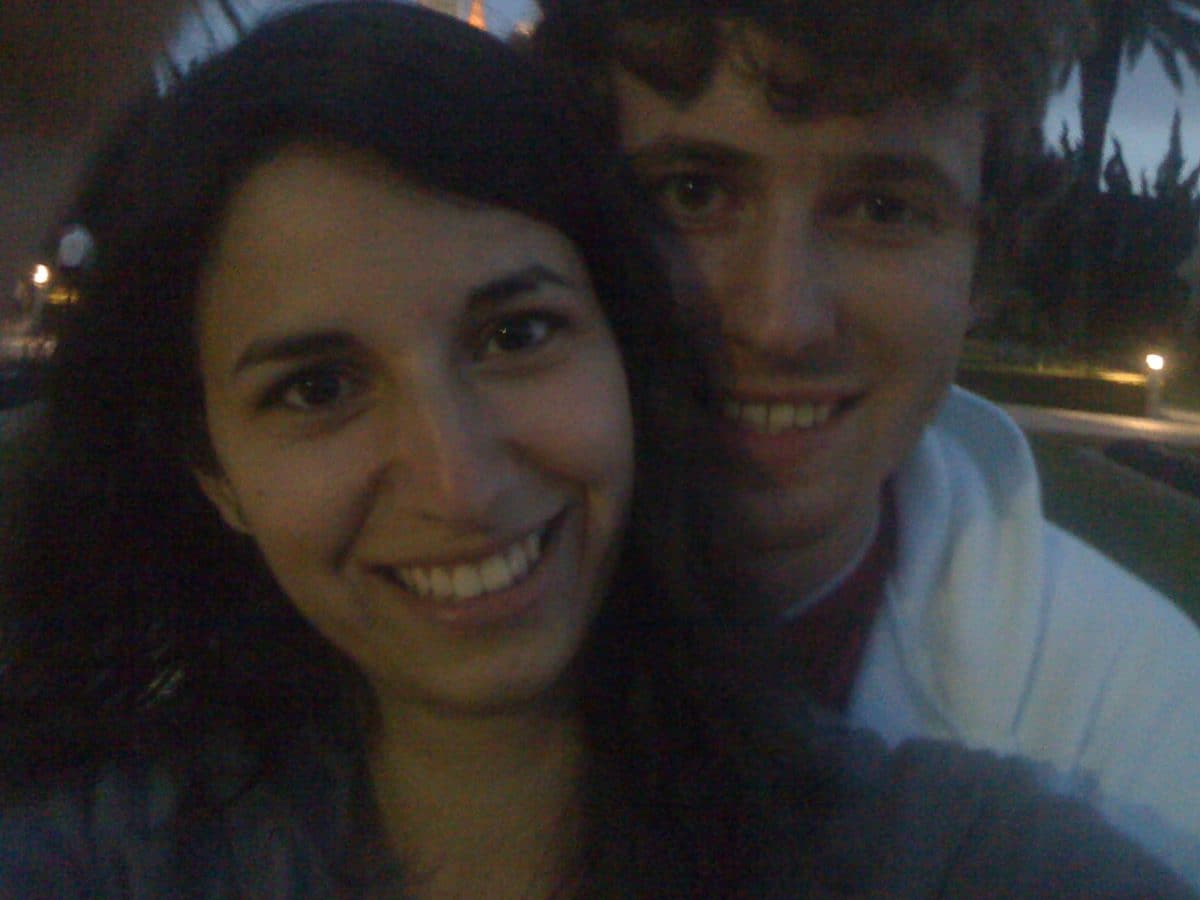 mariam wanted a new facebook profile picture. of course now that i am tagged in it, i get an email every time one of her friends comes on to say “ZOMG soooo cute”… meh. we were able to see the oakland city fireworks pretty decently from temple hill, though sadly the san francisco ones were mostly blocked by fog. we finished off the evening with greasy in-n-out burgers and fries. sunday was quite low key. we watched the movie 1776, which is a family tradition to watch around the 4th of july. it’s actually pretty good, as far as musicals go. watching it reminded me of a comment my american history professor once made: given the relatively small population of the american colonies, it really is amazing how large a group of some of the greatest political thinkers in the history of the world (adams, franklin, jefferson, madison…) were all together in one place and time. church with the grandparents was nice (mariam got up and shared her testimony in front of the congregation of strangers, so that was cool), and then we headed back home for a bbq with my aunt wendy and uncle carl. we had a lot of fun for the whole afternoon. grandma took pictures of us in the back yard. 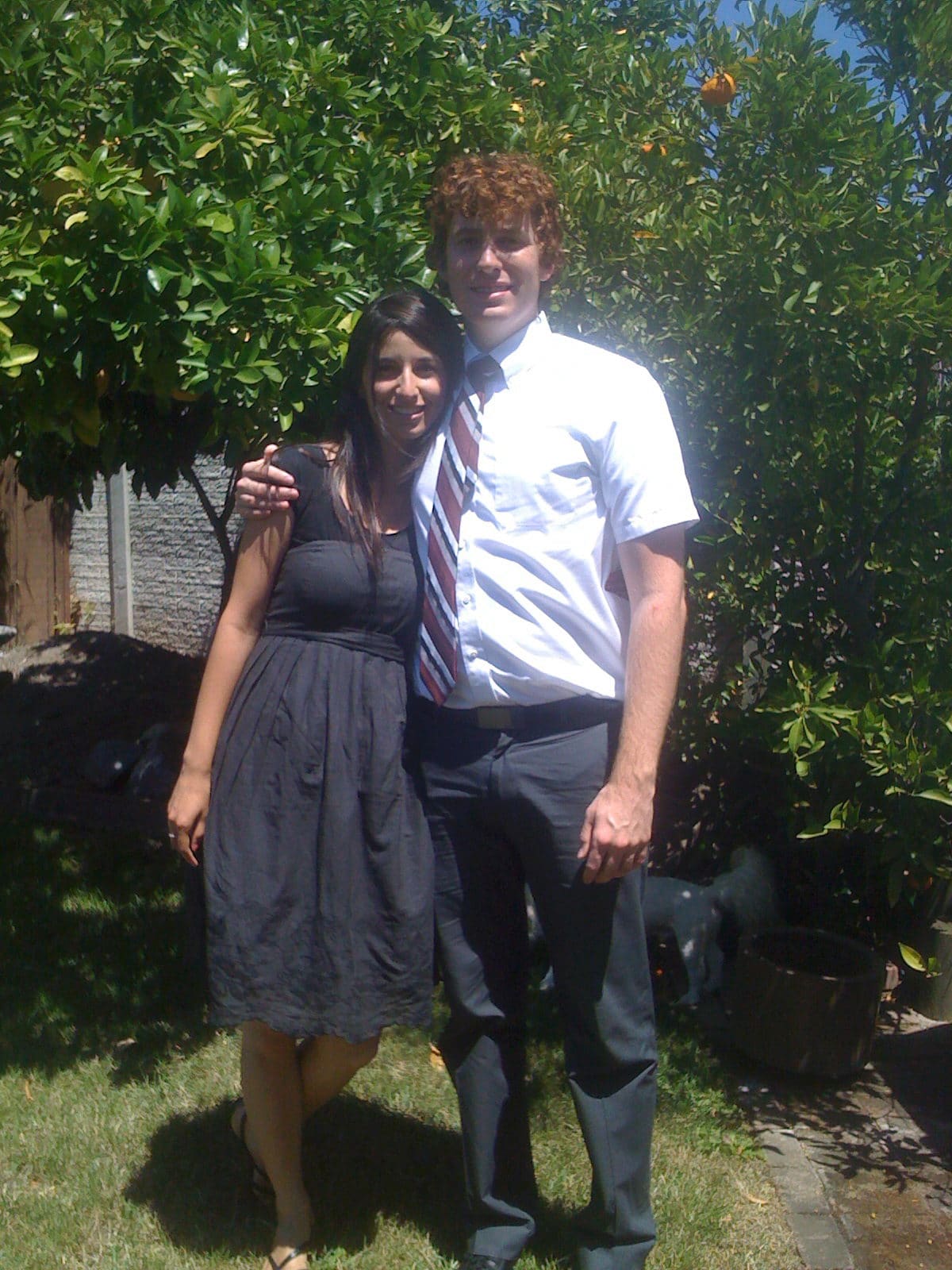 i seem to have had a tie malfunction. 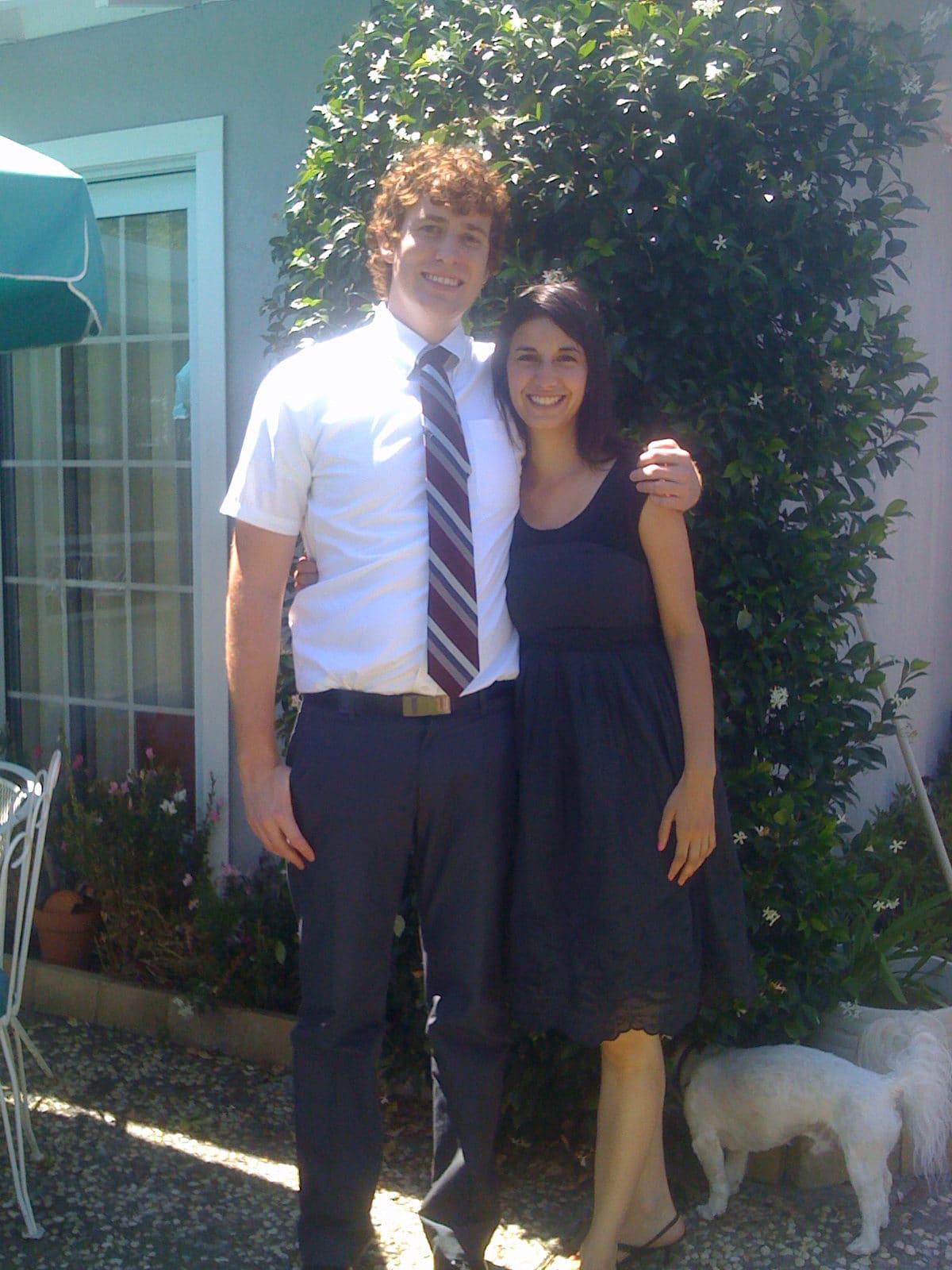 toby the dog, who recently got a haircut and acted quite bashful all naked, was snuffling in the background. mariam had to catch her flight in the early evening, so i drove her down to the oakland airport. we had a really awesome weekend, and i’m excited to spend some time with my girlfriend as i pass through utah on my way to wisconsin.