Kept worrying during Cave of Forgotten Dreams that they were going to turn around a smash in to something. Very stressful.

Got a sneak peak of Mick’s new project. Looking pretty sweet so far.

When I go digging on production boxes and accidentally stick in a syntax error, I wonder how many thousands of games I just crashed…

Anyone that still doesn’t have a Netflix account want a month long free trial code? I have 4.

It’s been an unpleasant morning. Time to rectify things with a carnitas super burrito. 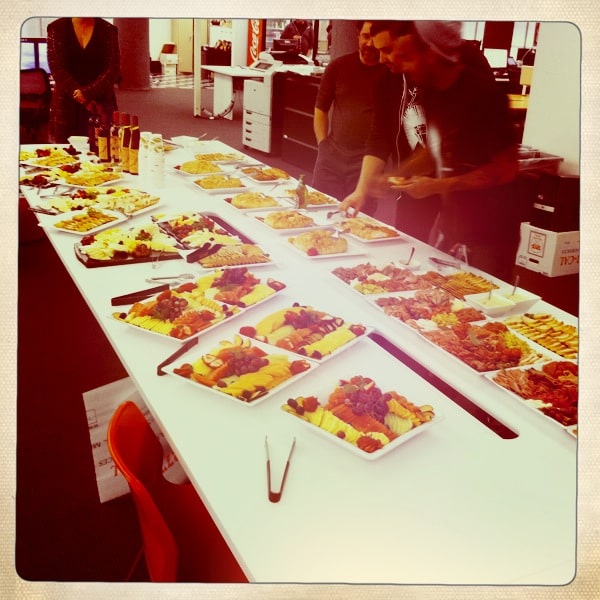 Ok. Mariam and I made it through all four seasons of Battlestar Galactica. Overall, I really enjoyed it. The series was fun to watch and for the most part ended in a satisfying way.

Surprisingly, I think it was Gaius Baltar. Yes, I know that seems like a strange choice, but a lot of times I actually felt sorry for him, both for his own stupidity and the unfair way that the other characters treated him. He was certainly the most interesting character (not nearly as one dimensional as someone like Helo). I am glad he “redeemed” himself in the final episodes, but I also really found him intriguing while on New Caprica.

Felix Gaeta. I found him obnoxious from the beginning and it just went downhill from there. Really hated him during the Baltar’s trial and the mutiny. He was closely followed by Cally. Massive whiner.

I hate the way the Chief’s story end. I like him a lot, but after he killed Tori, it seemed we didn’t see anything else about him. But according to the BSG Wiki, the following occurs in Daybreak Part 3:

Walking in the savannah, the Tighs speak with Galen Tyrol a final time. He has decided to go to the northern highlands of Earth (likely Scotland).

Before they part, Saul says that if what happened to Cally would’ve happened to Ellen, he “would’ve done the same frakkin’ thing.” As Galen leaves, Saul and Ellen embrace.

So I went back to re-watch that episode on Netflix, and that I cannot find that scene (it’s supposed to be right after the fleet flies in to the sun). I am disappointed about that since a) that would have given me at least some feeling of closure and b) now I wonder how many other scenes were missing from the Netflix episodes. Strange.

1) Do the final five not age? They all looked the same way as they did during the Earth flashbacks, but didn’t Tigh and Adama know each other for a really long time? That part didn’t seem to make much sense to me.

2) What were the final five? Were they humans that had figured out resurrection or were they actually a different species? They were descendants of the 13th colony of Kobol, so it seems like they would just be humans. But the above issue about aging may go against that theory. The other seven models are also obviously not human (no aging, don’t appear to need to eat, can hook up to computers by shoving wires in their wrists). It just seems strange that “cylons” existed as a separate group alongside the humans on Kobol.

Overall, I was not very happy with the explanations of the origin of the final five and the current race of cylons.

That’s about it. I’m not sure if I would watch the entire show over again or not.. It is pretty long and even with a few sicks days doing little aside from watching episodes, it took a while to get through.

I’m going to start writing again. I am tired of just being a consumer, it’s time to start producing again (more on that later).

Things are going well. Mariam and I had a nice relaxing vacation for two weeks in Mexico (though we did pick up something that’s doing nasty stuff to our digestive tracks… yes, we are getting it checked out). Work is good; I leveled up this last quarter, which is a nice star on my resume plus added responsibility. Which I like.

So yeah, life is good.

Rebalancing my retirement investments… gosh I am old…