So Mariam and I have been married now for six months and last week we were finally able to take some vacation time. I wanted somewhere laid back and relaxing, so we decided to drive up the coast to Mendocino. It was just what we needed.

We took our time getting there. I picked up the rental car early Saturday morning and we started driving up the 1. 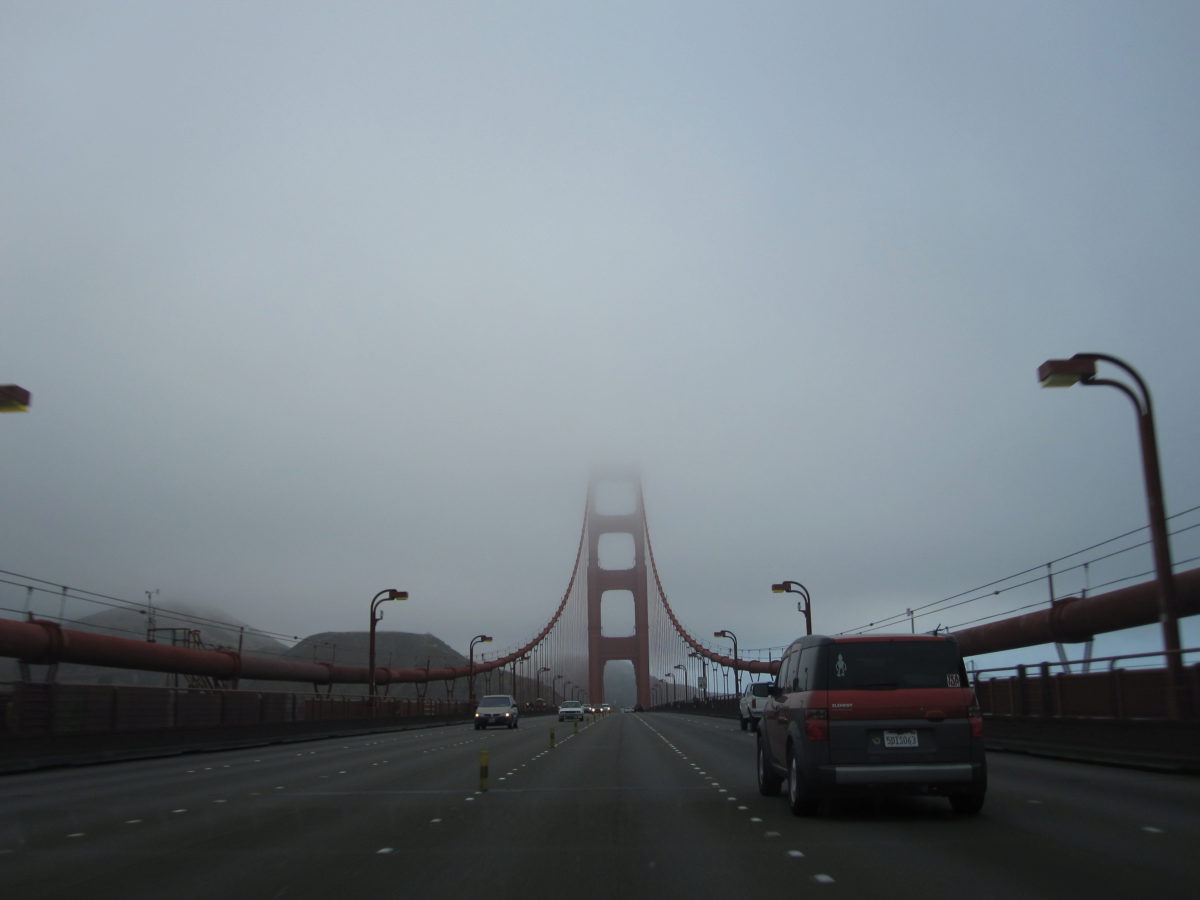 Unsurprisingly, it was a foggy morning, but the drive was still beautiful. We made stops along the way to take pictures. 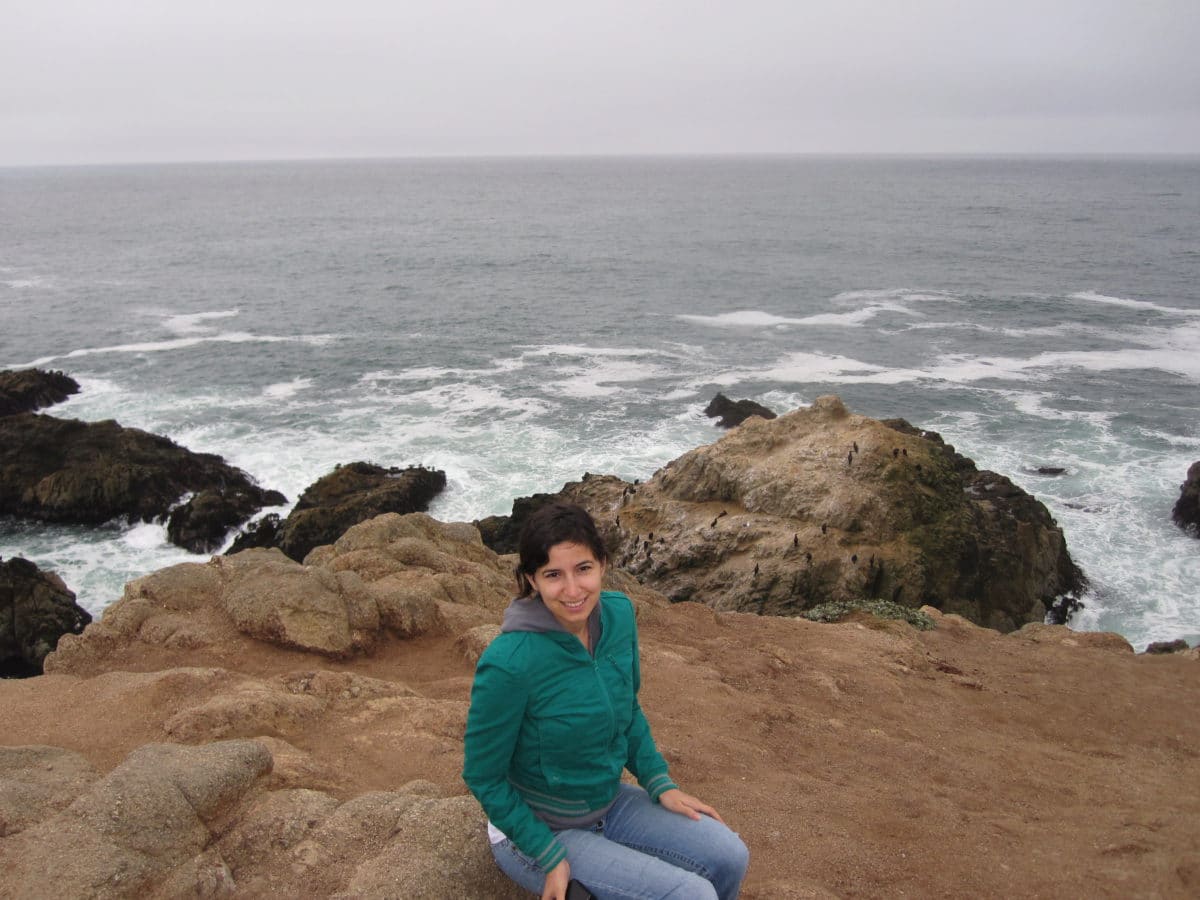 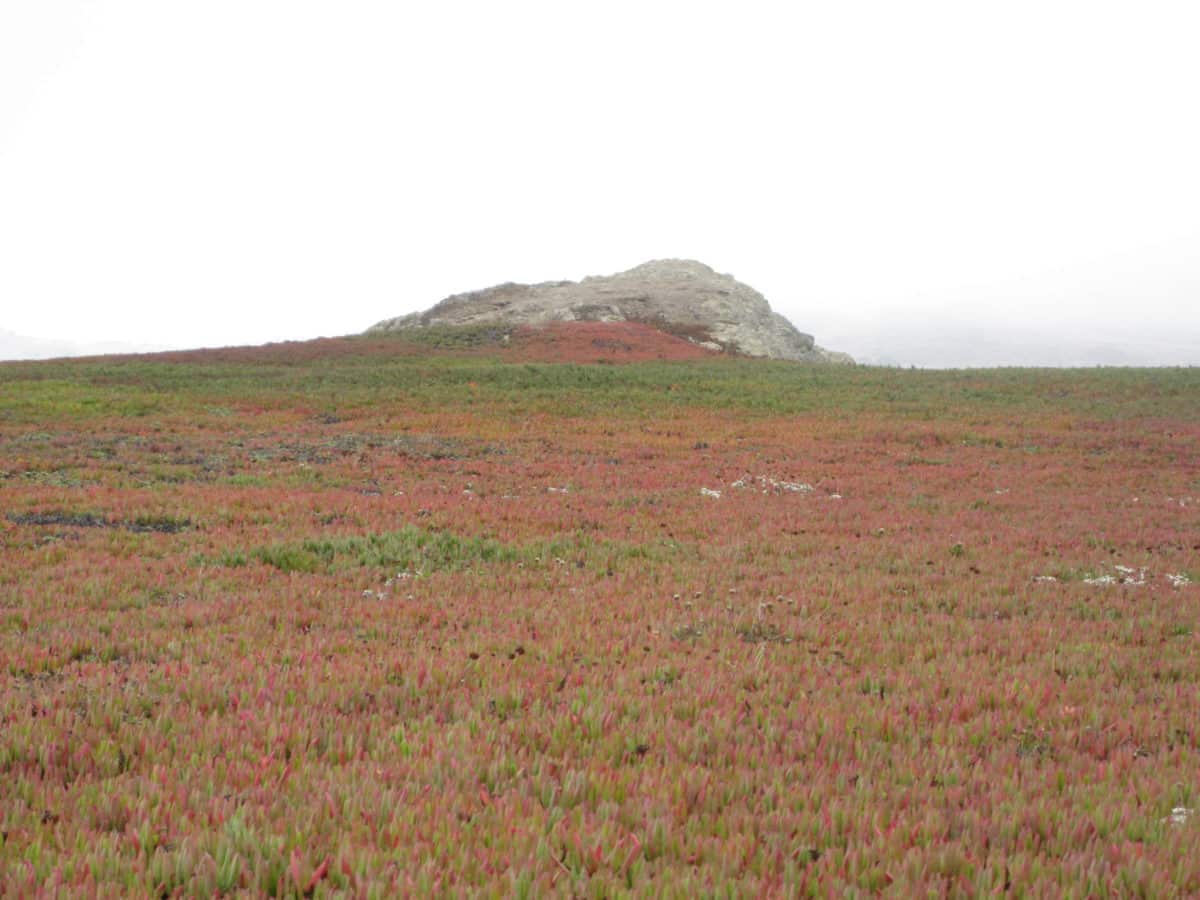 For a quick side trip, we drove up the Russian River to Geurneville. 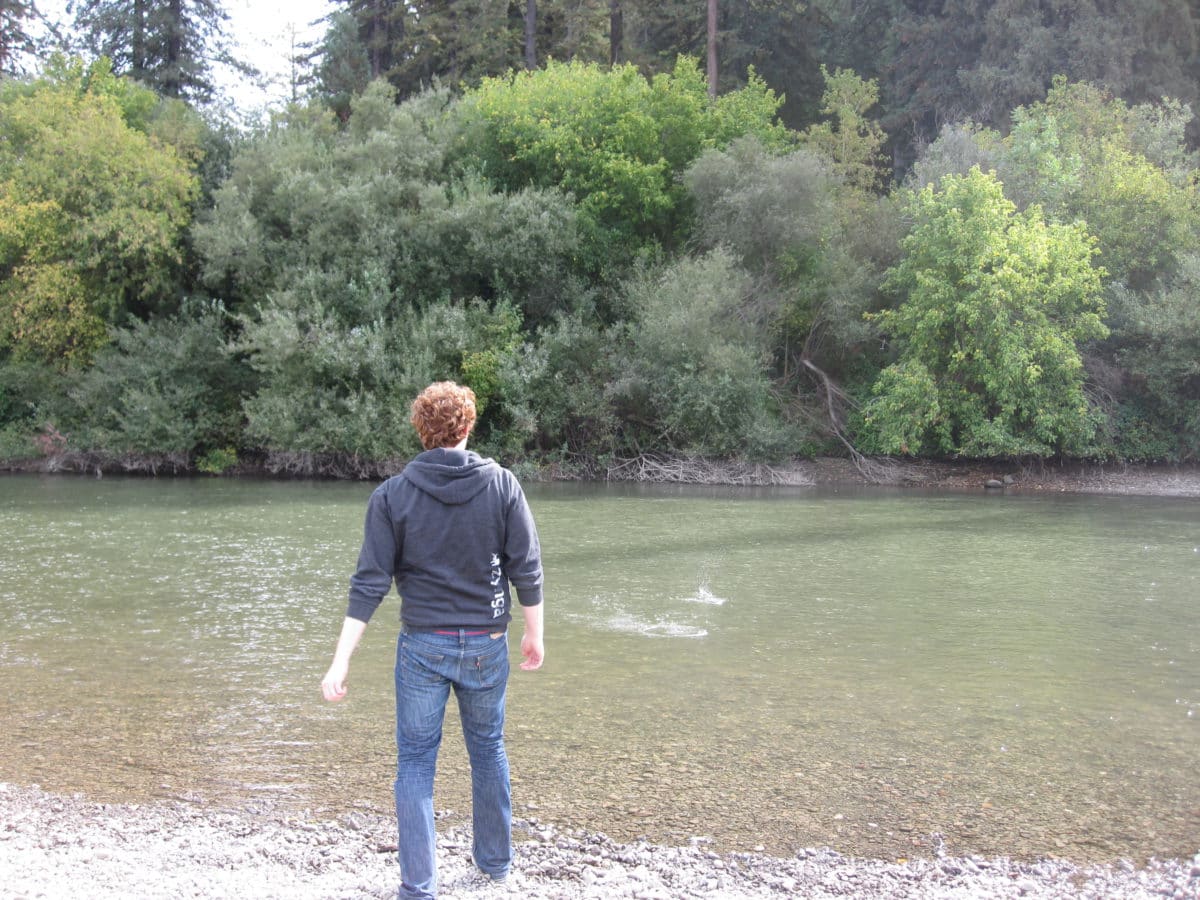 I think I actually got five skips with that stone. Very impressive I must say.

After some ice cream, we drove a few miles north to Armstrong Redwoods State Reserve to do a little hiking. It’s amazing how quiet and still everything becomes as soon as you walk into a redwood grove. 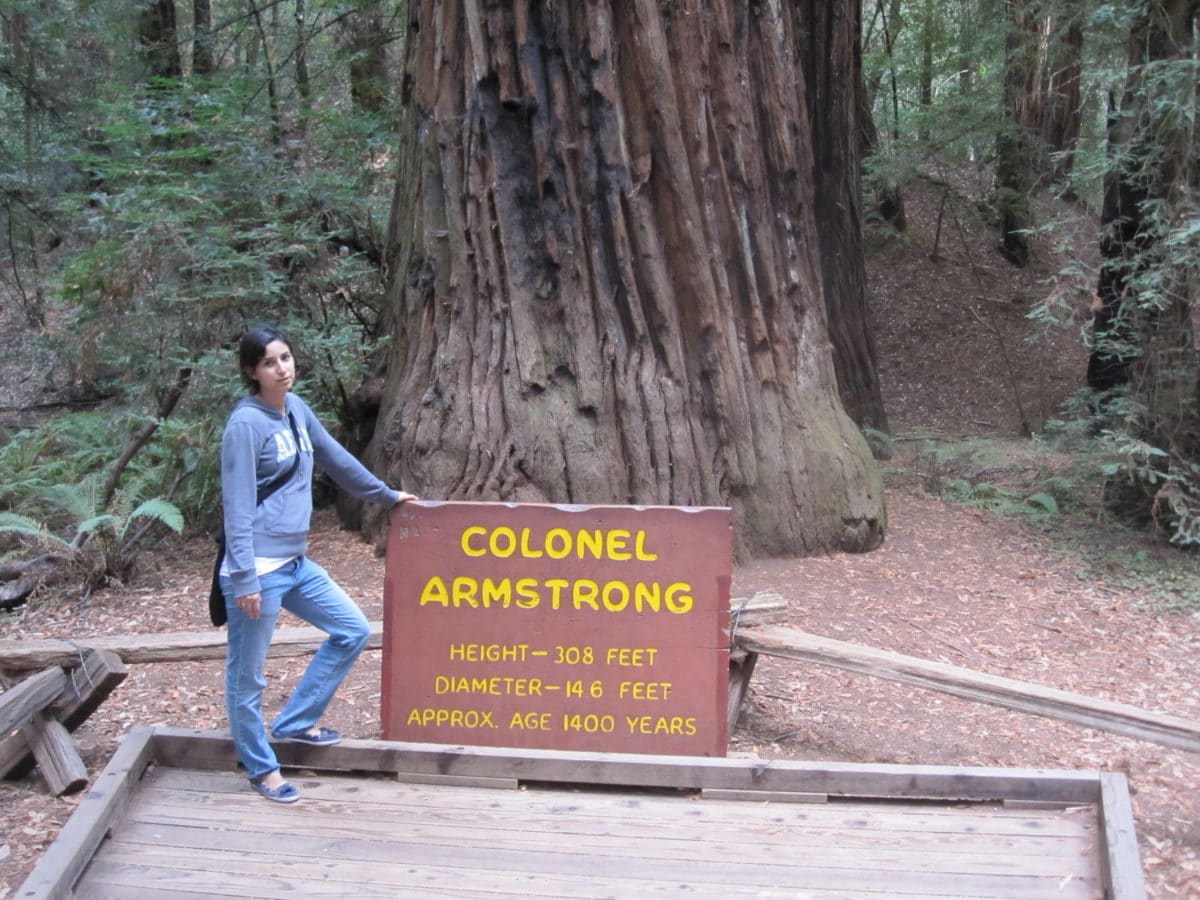 We saw some really old trees. 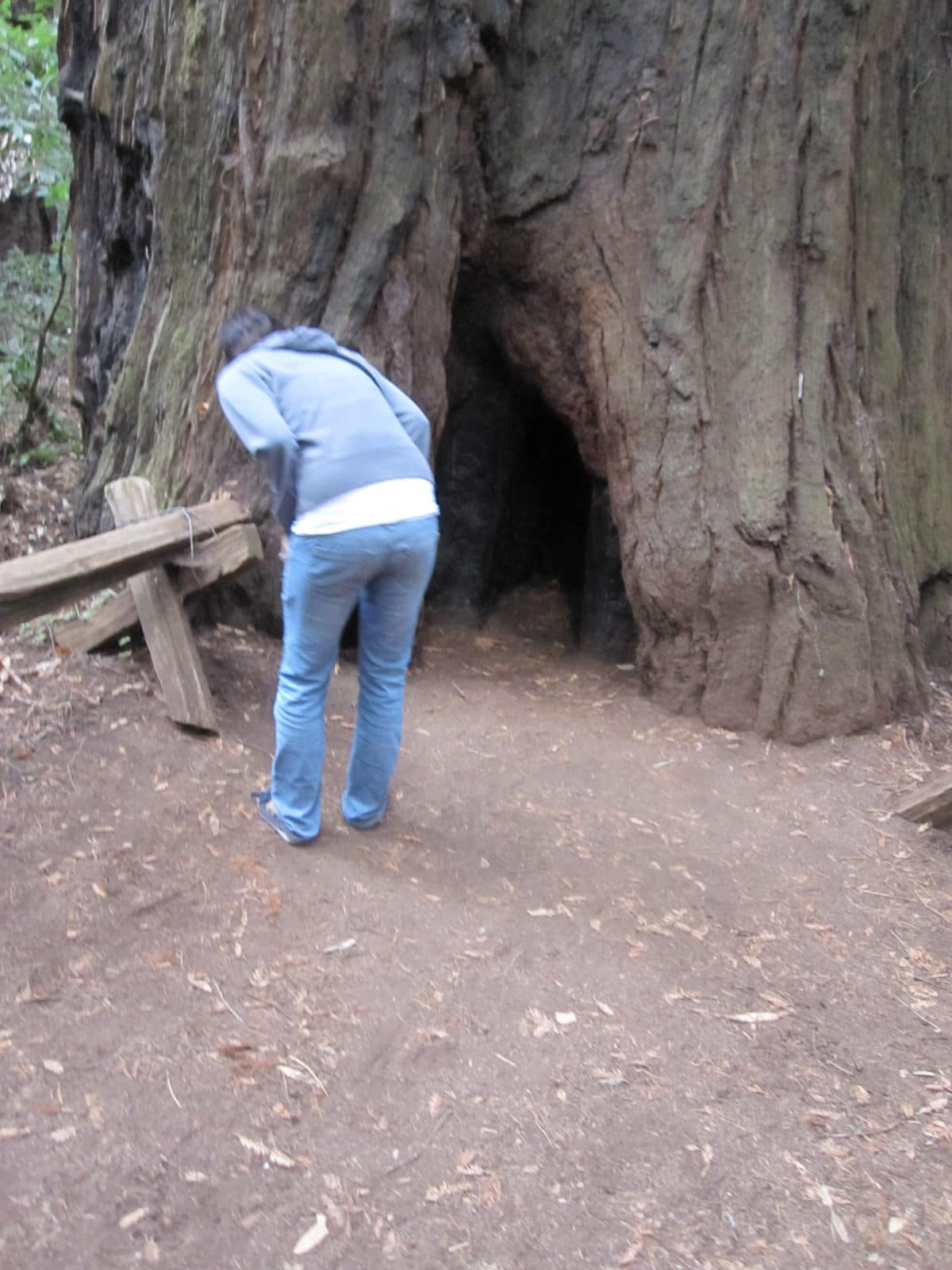 I told Mariam to go stand inside this one. I liked the picture of her nervously looking inside more.

After the relaxing hike, we kept heading north along the coast. The road gets really winding north of Jenner, so I quickly got tired of driving. Since we didn’t have a reservation on Saturday night in Mendocino, we decided to spend the night at a Motel 6 in Ukiah. Well, the road we took from Point Arena to Ukiah was even worse:

I think that was the second most stressful drive I have ever done, right after the 2 hours of trying to stay awake driving between Needles and Blythe on Highway 95. But we made it without any problems.

The next day we went to church in Ukiah then drove back out towards the ocean. The Mendocino coast is pretty awesome. 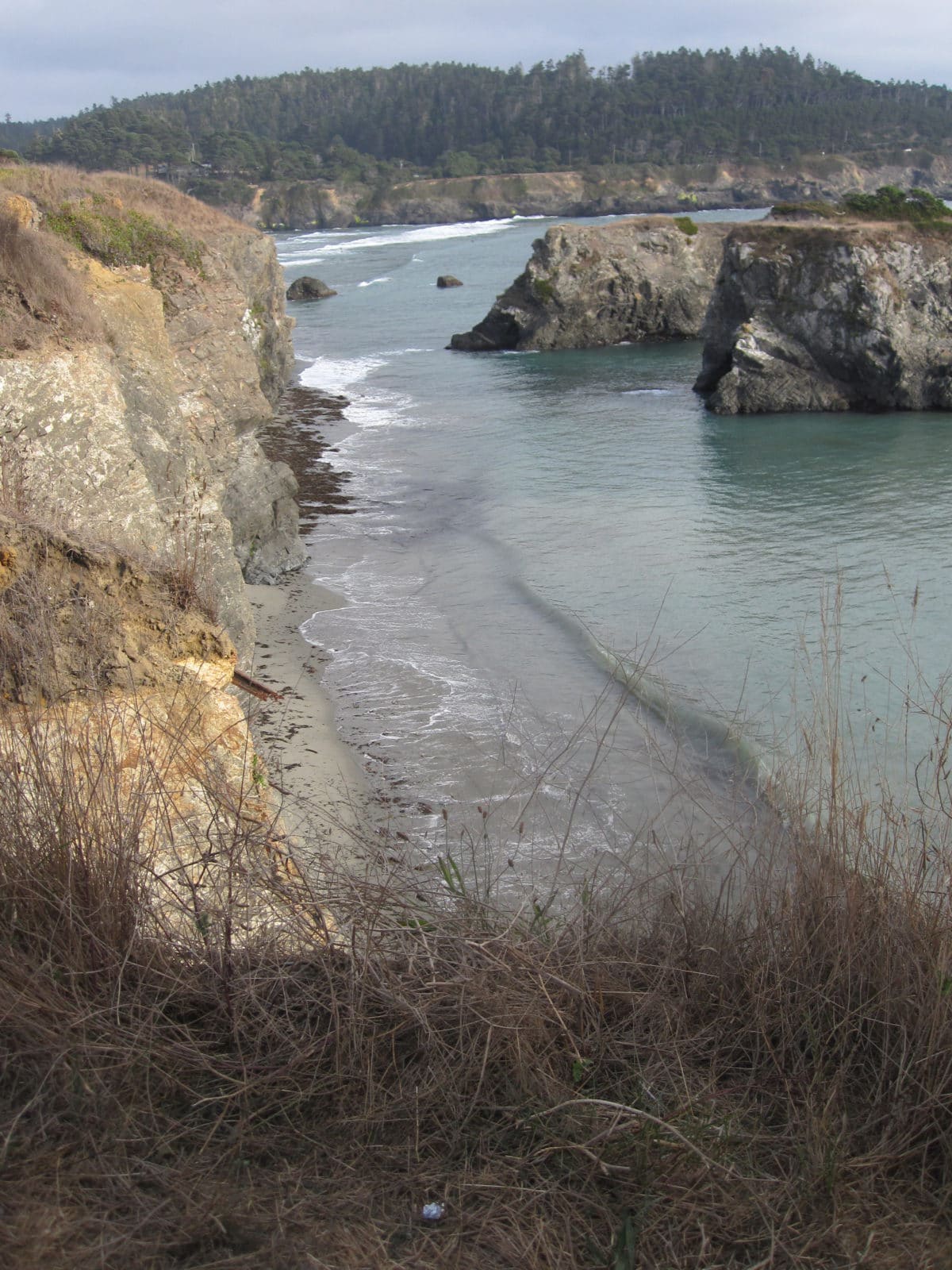 We grabbed some dinner and then walked out on the headlands. 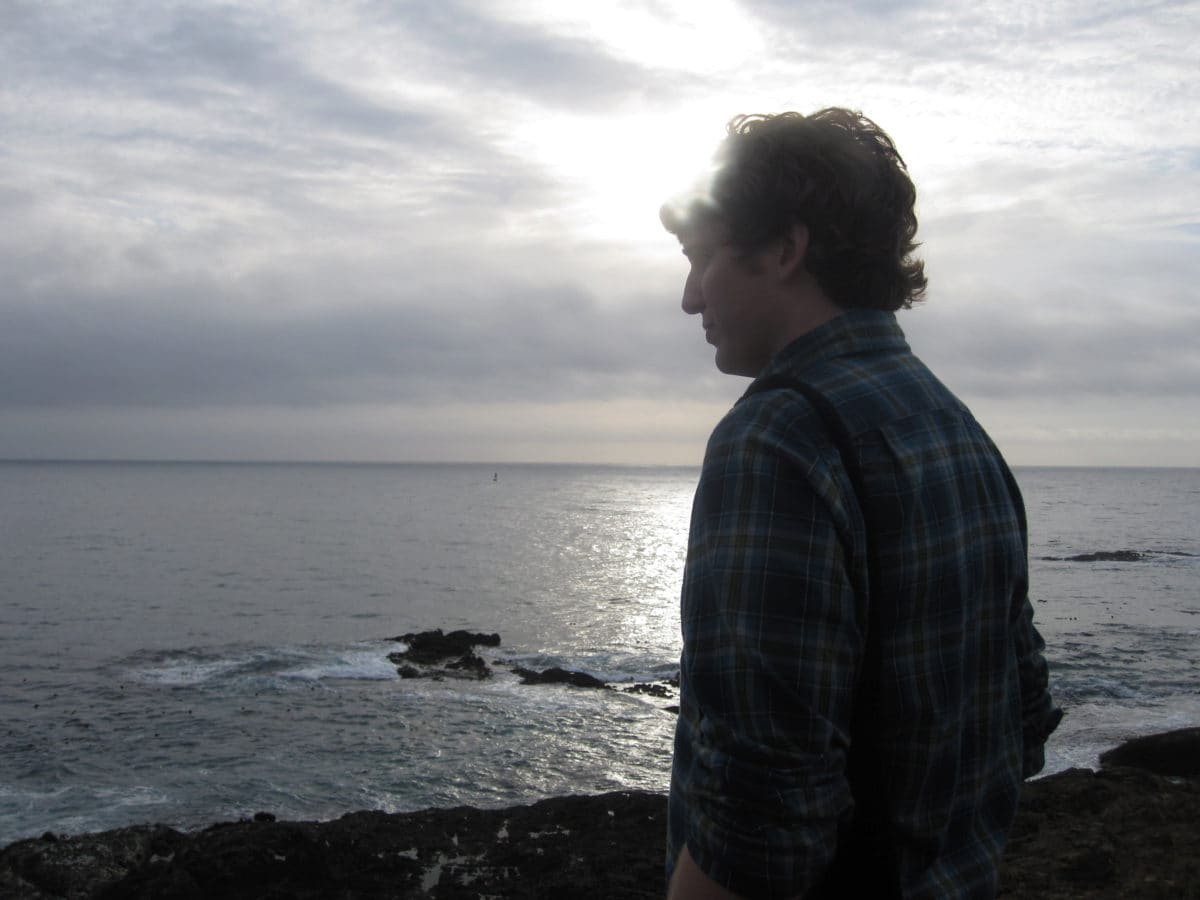 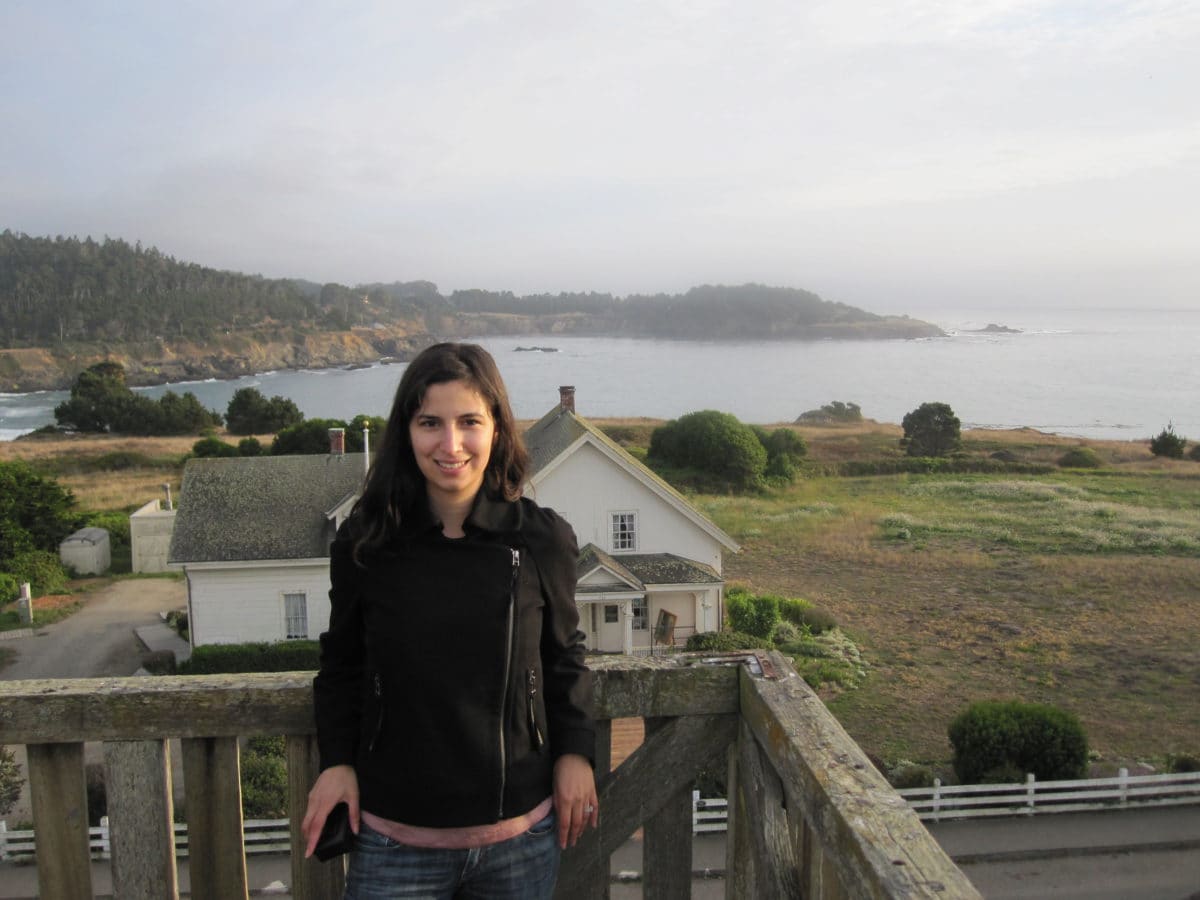 This is Mariam at the top of one of the many water towers in town.

After exploring town, we went to check in to our bed and breakfast. We stayed at the Glendeven Inn, which was awesome. Our room was amazing. Mariam loved the fireplace and the hidden door behind the bookshelf where they innkeepers would bring us breakfast each morning.

We started Monday morning off early with a yoga session with one of the owners of the inn and then we set out to explore. Well, first we decided to meet the llamas there on the farm. 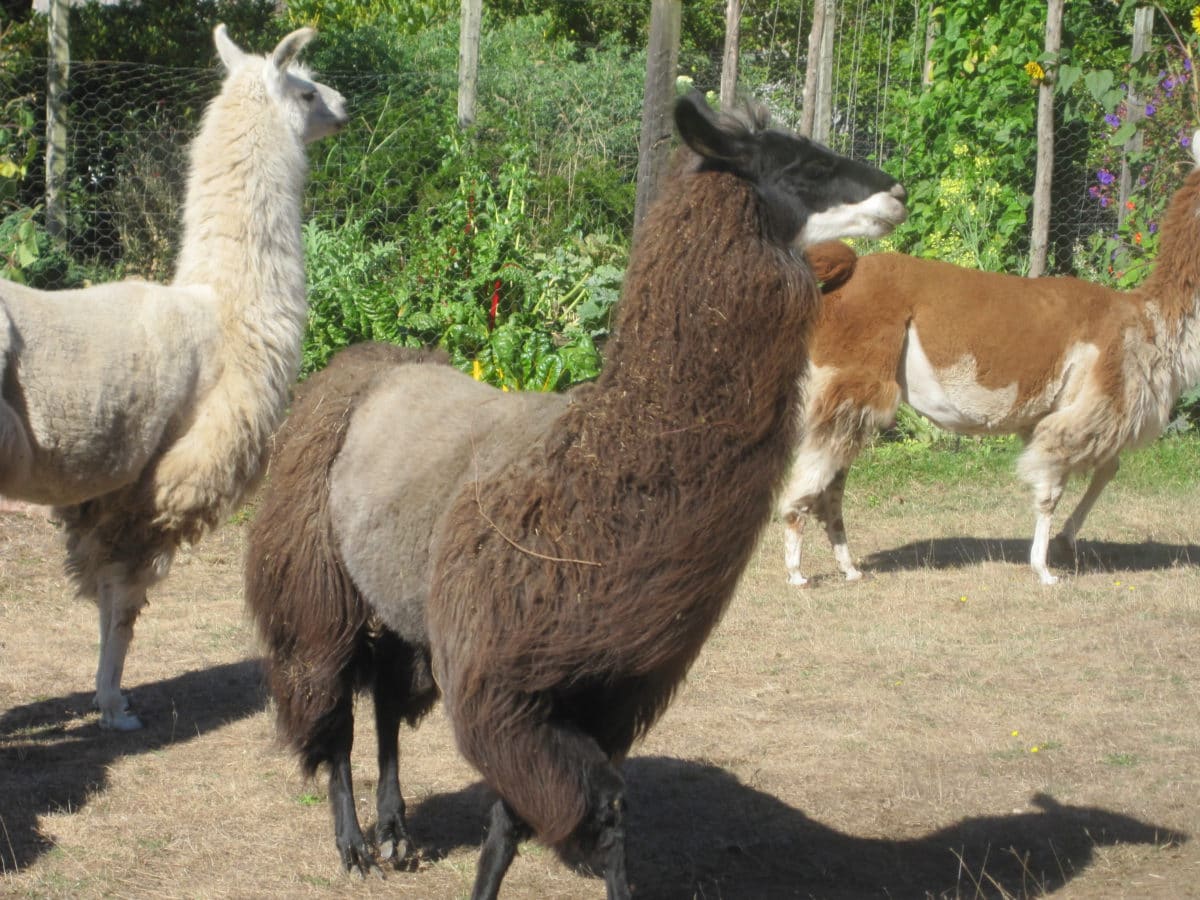 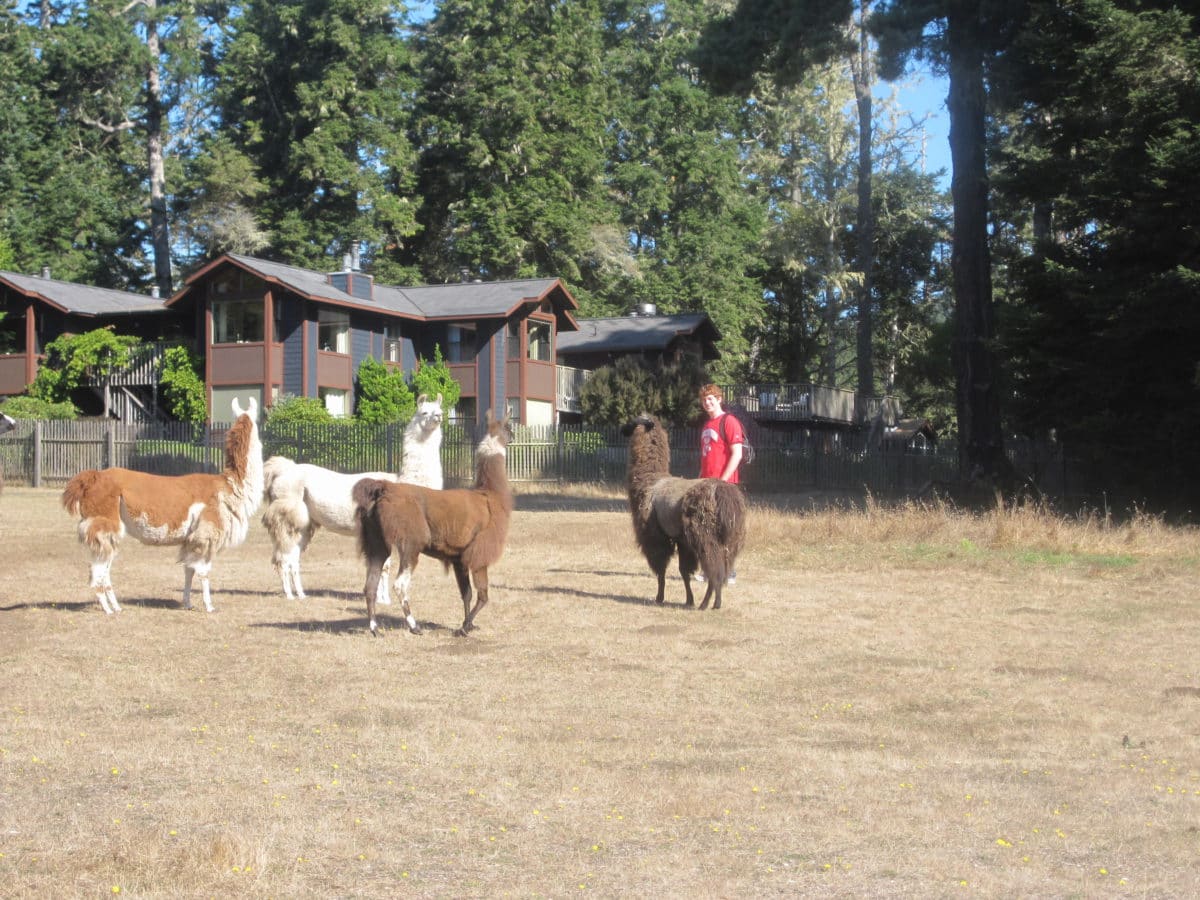 Afterwards, we drove up the coast a bit to Fort Bragg to check out the Mendocino Coast Botanical Gardens. 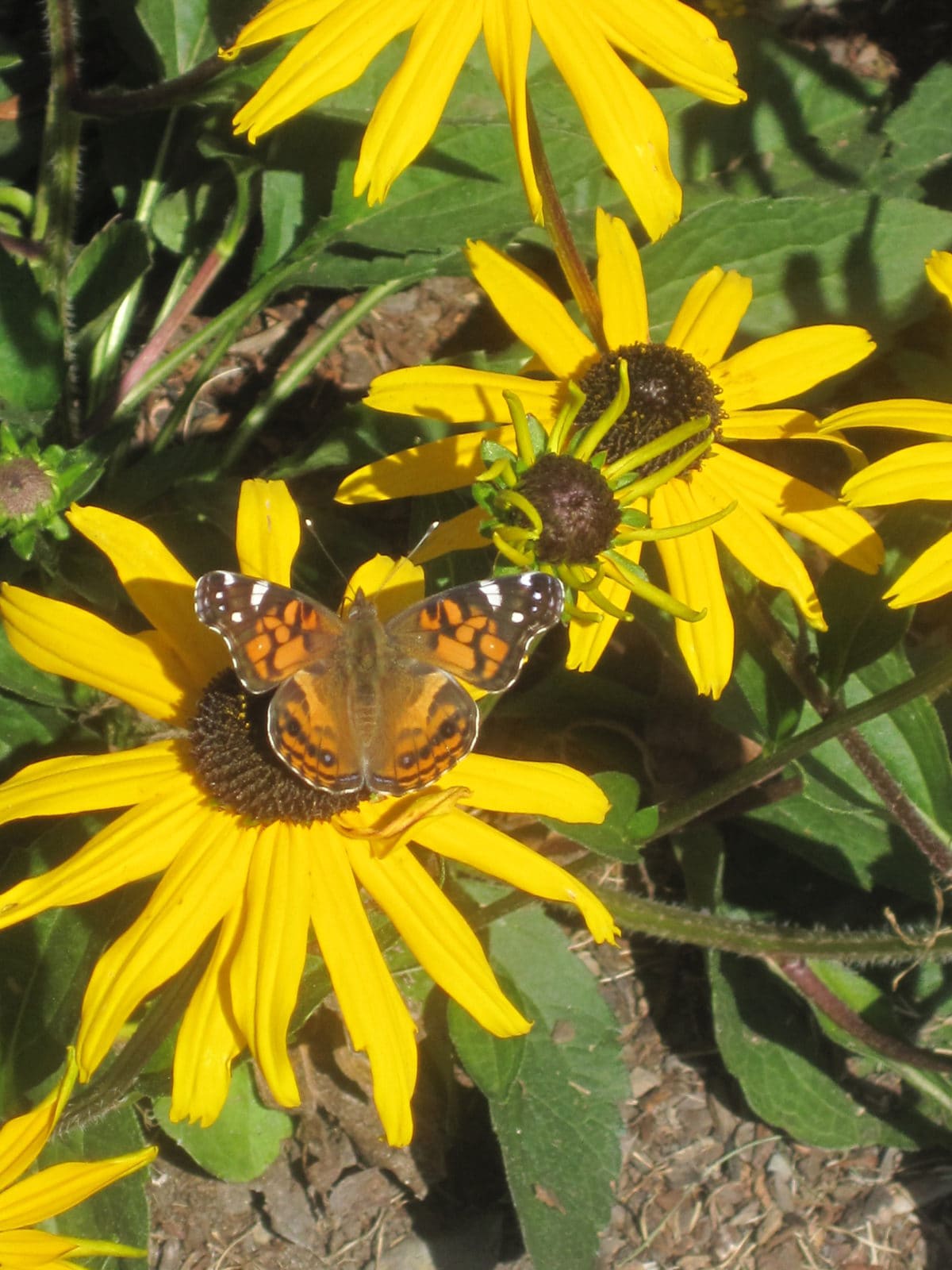 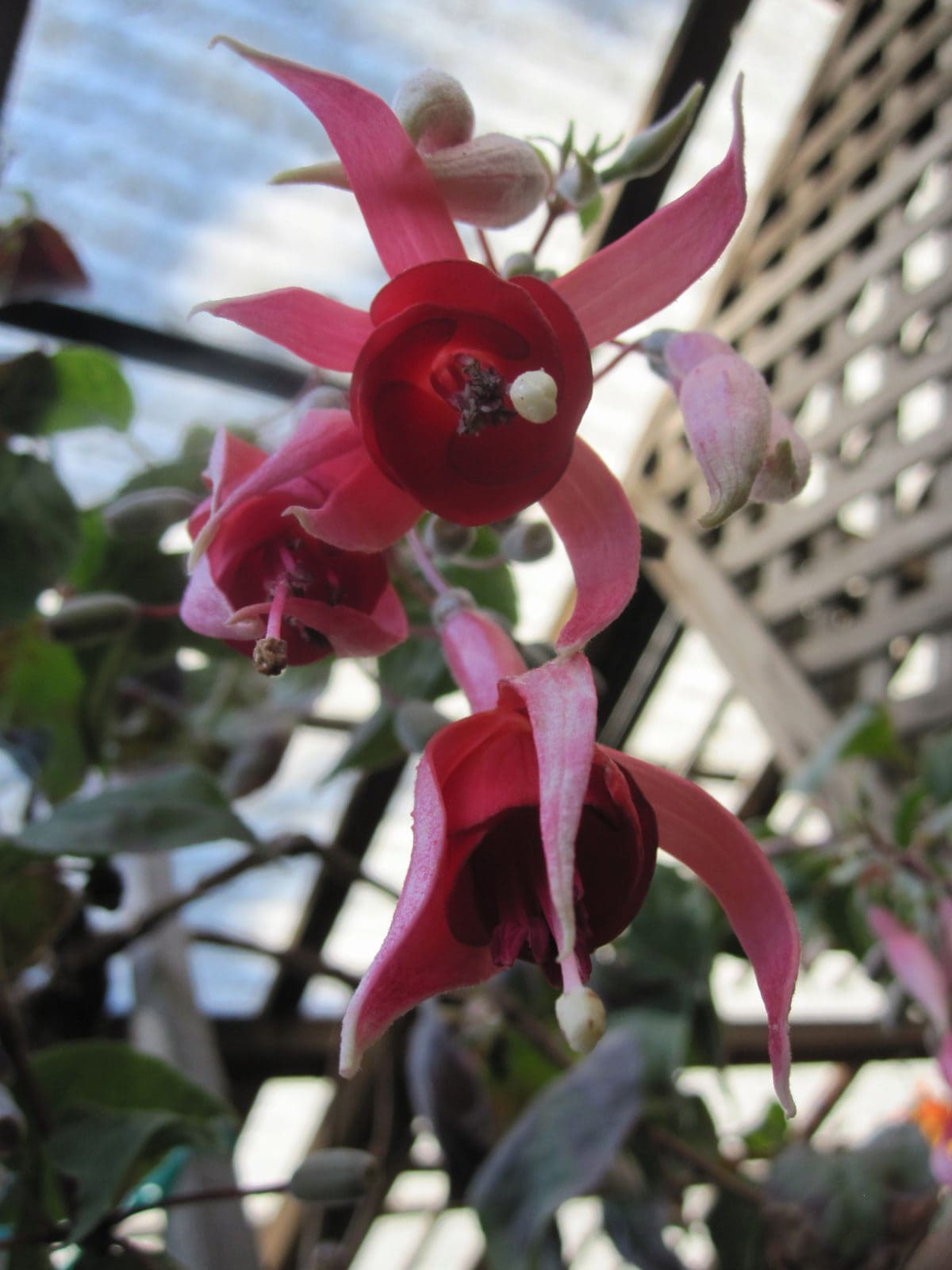 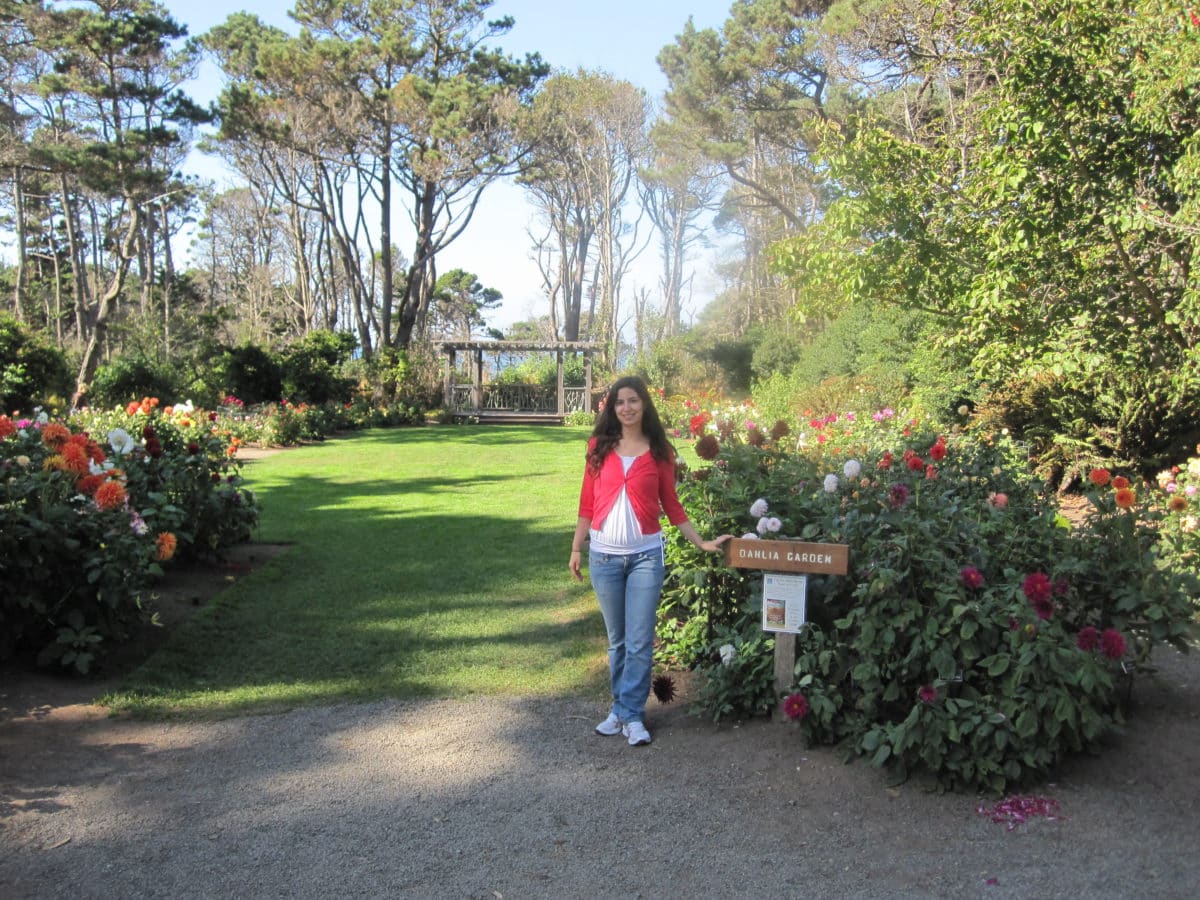 The dahlias were in bloom, which was really nice. 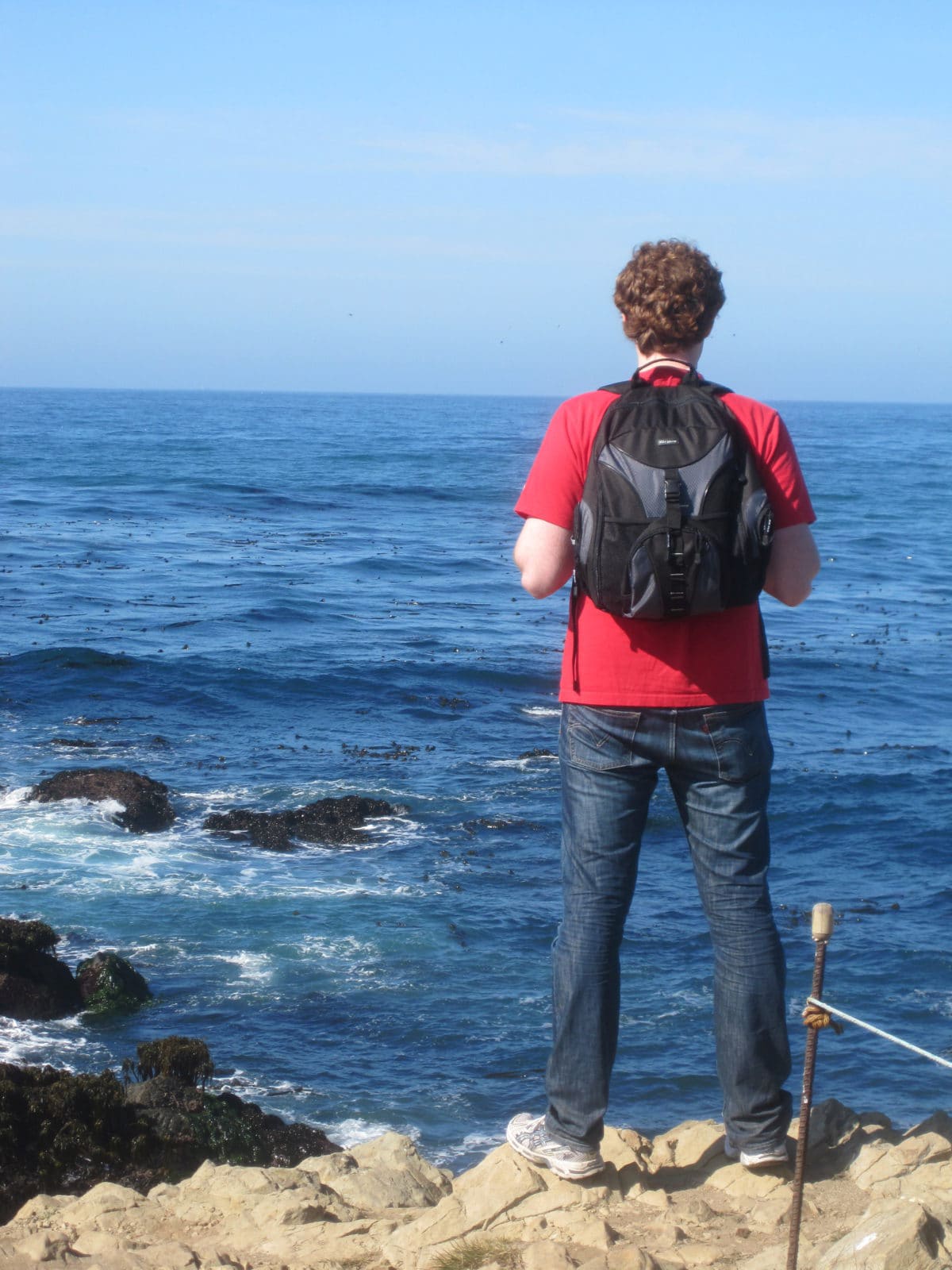 The gardens also had some really nice paths along the ocean. 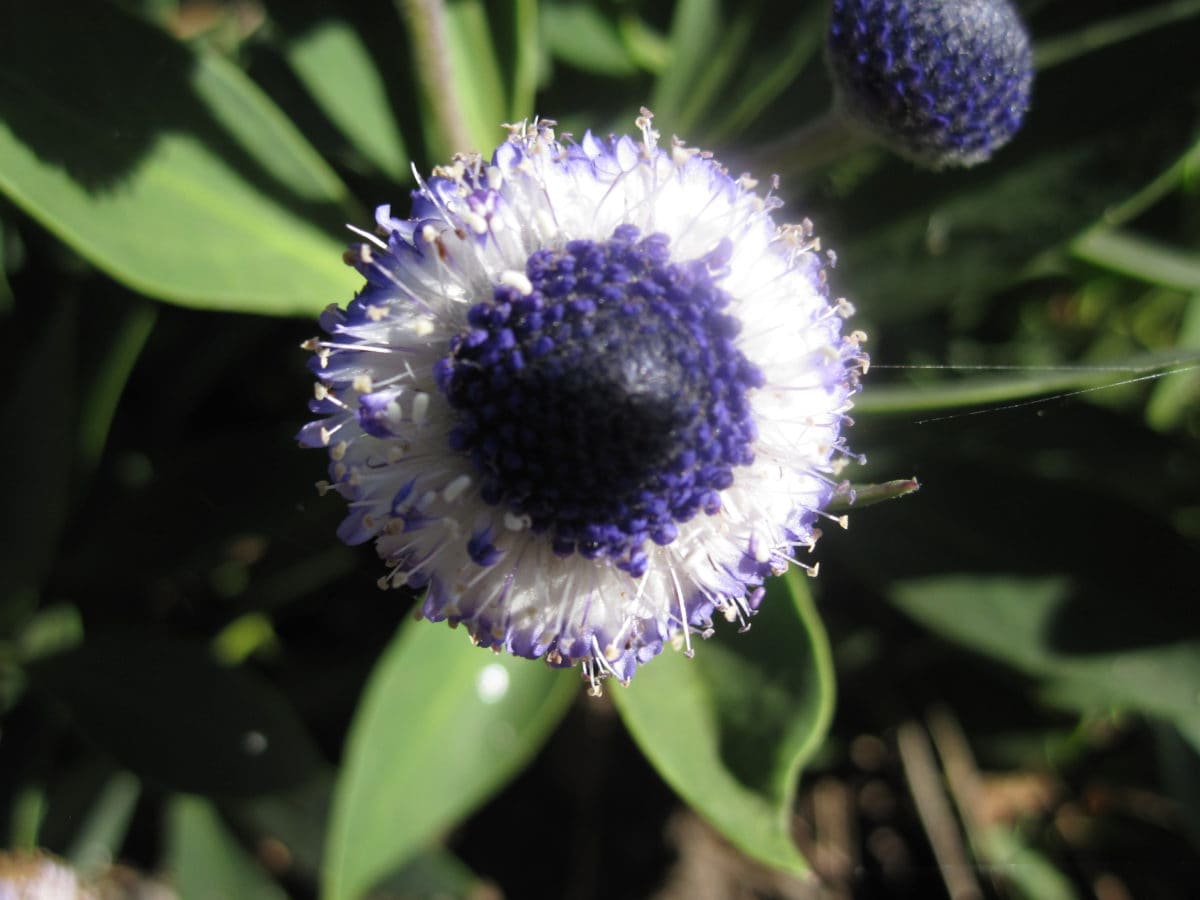 After the botanical gardens, we went to the Point Cabrillo light house. 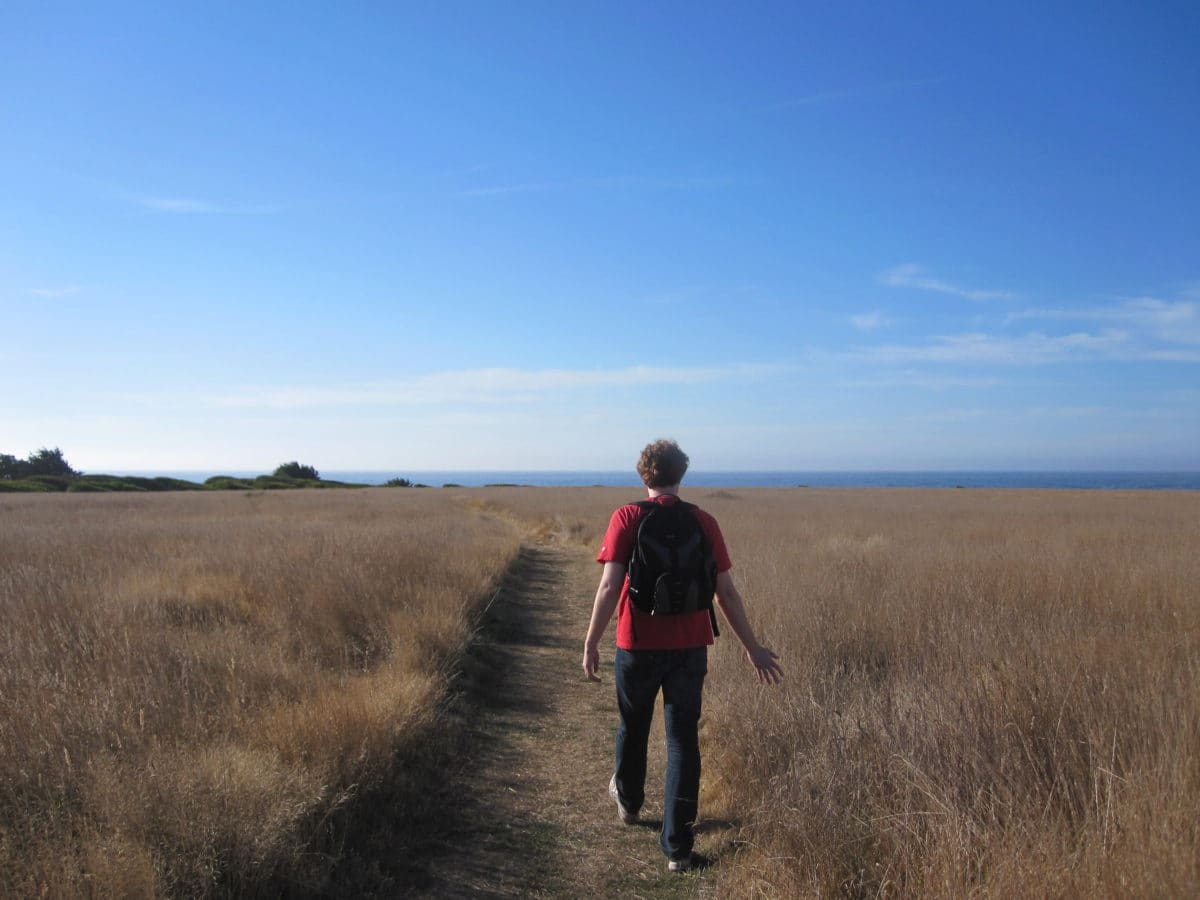 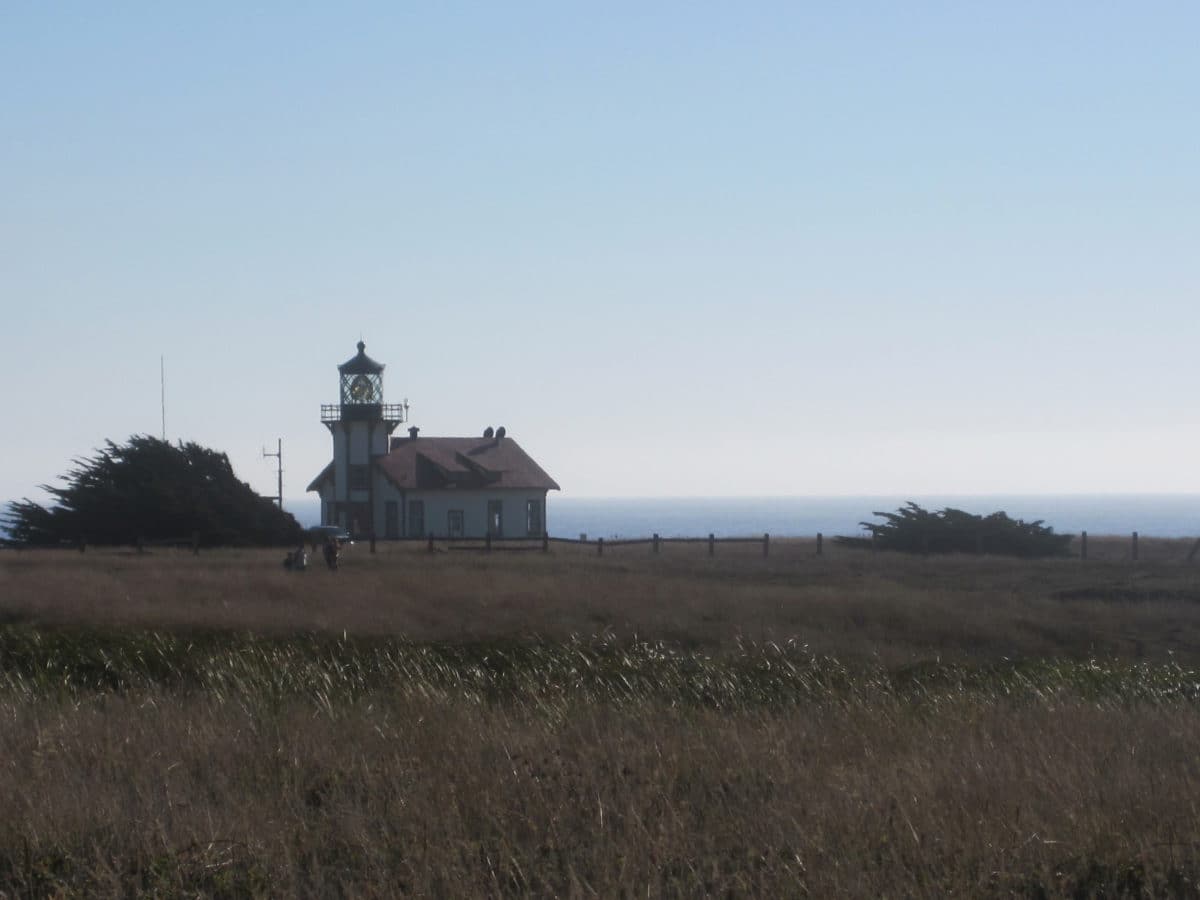 It was a nice relaxing walk out to the point and back.

By that time, we were hungry for dinner but also wanted to catch the sunset, so we grabbed a pizza from Mendocino, dropped off our car back at the inn, and ran out to the coast. 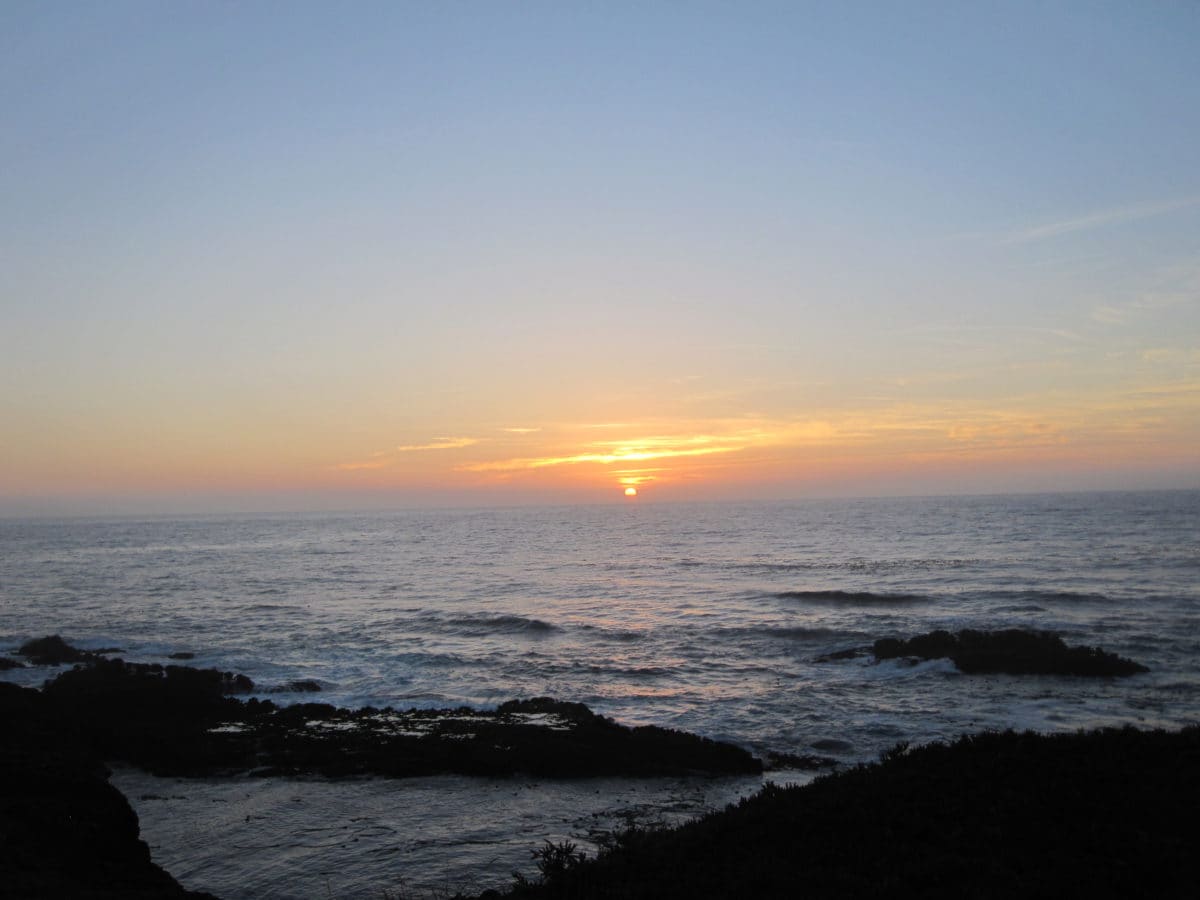 We caught it just in time. 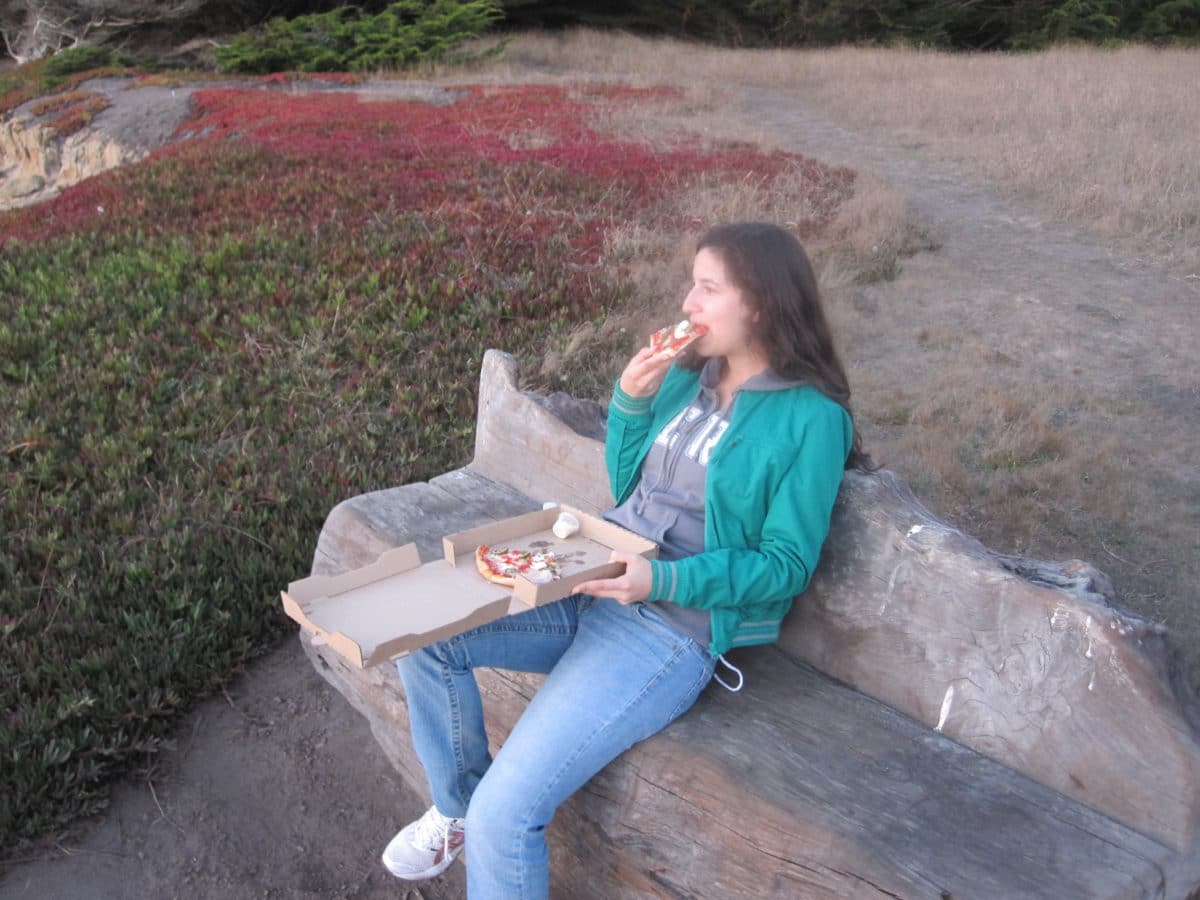 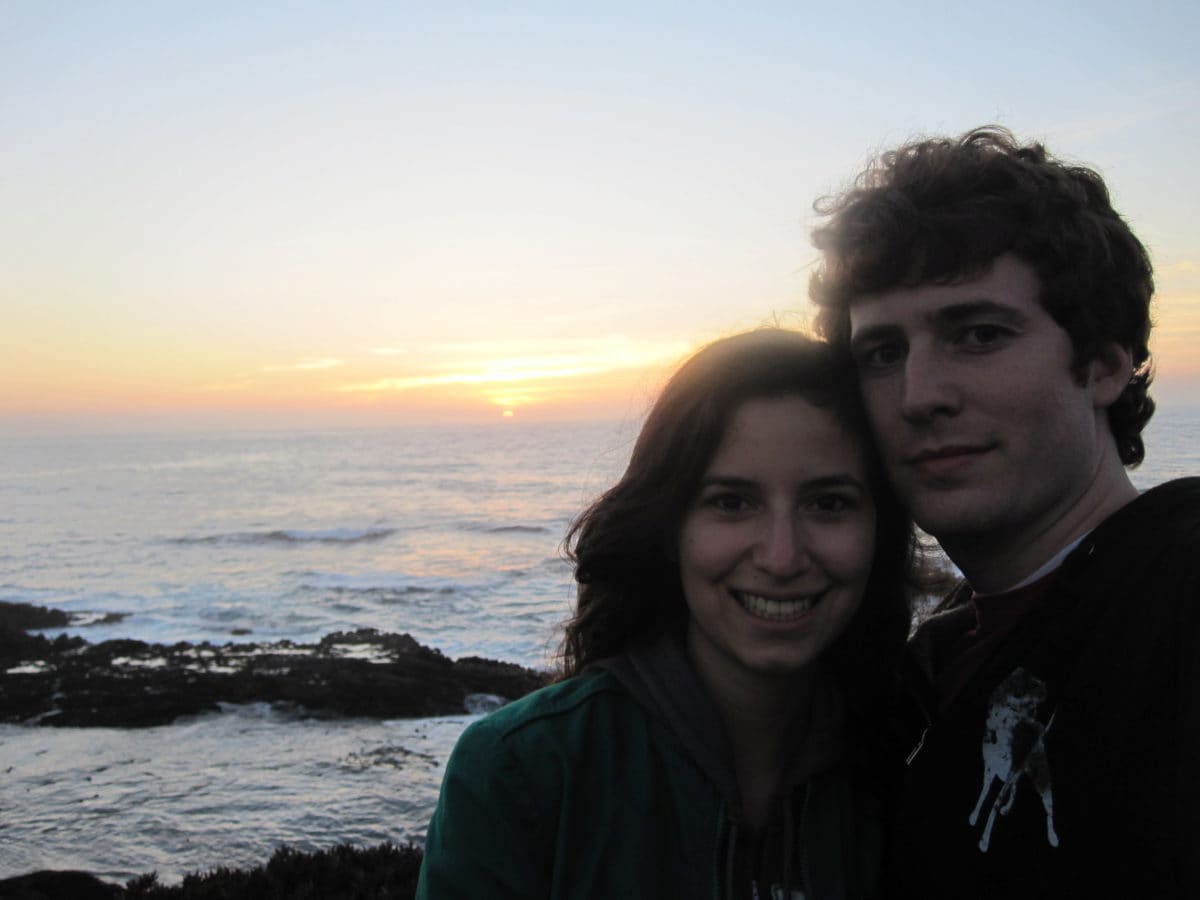 It was a nice way to end a great day.

Tuesday started with another yoga session and breakfast. I should point out now that the breakfasts at the inn were awesome, especially the eggs fresh from the chickens. Then it was time for the ocean kayaking. 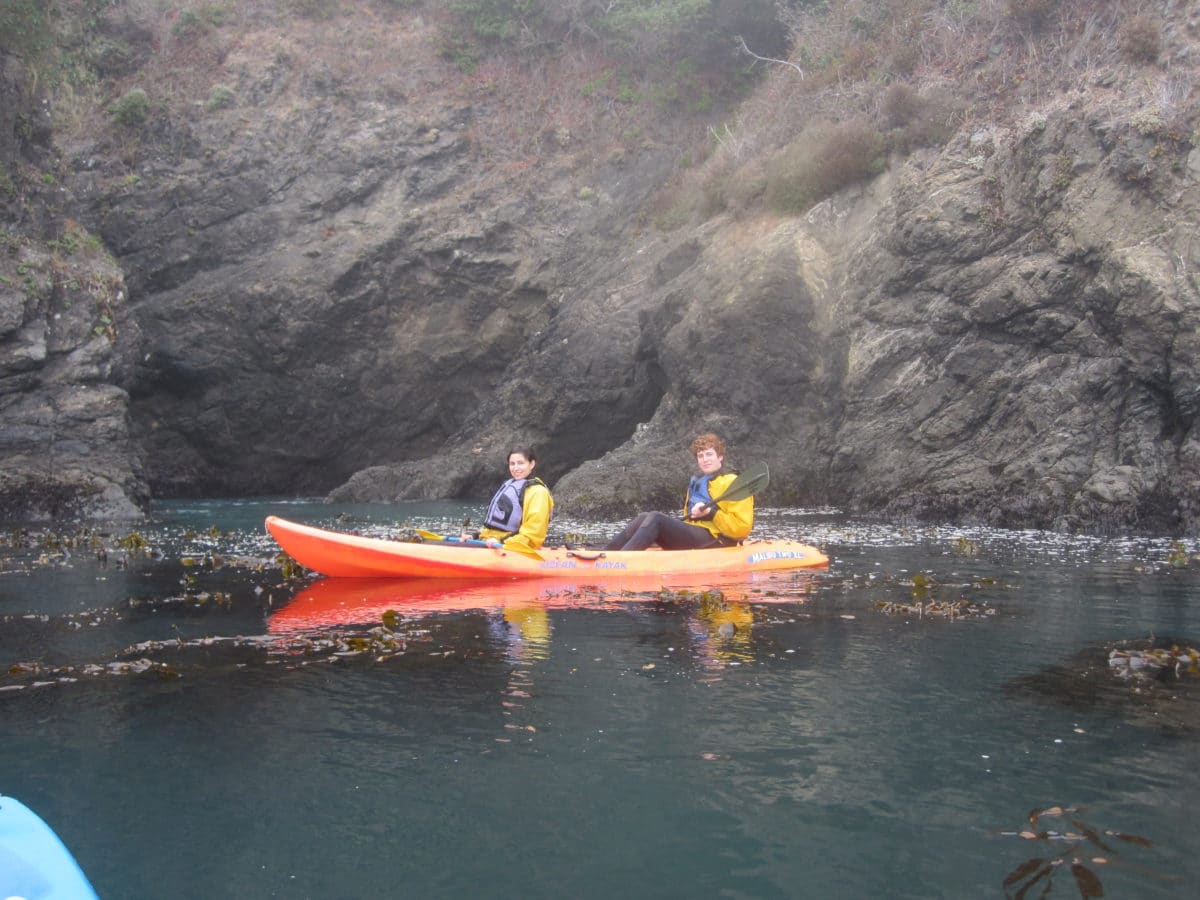 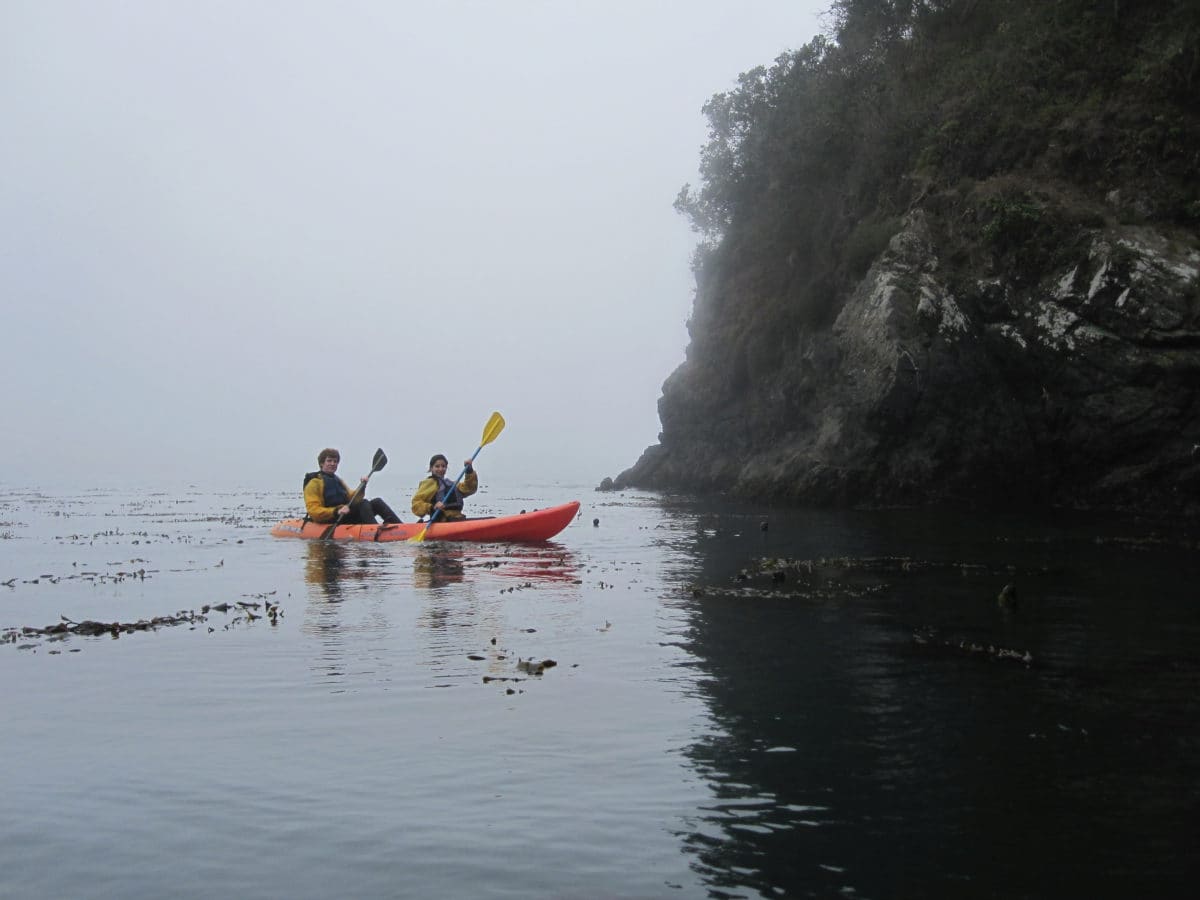 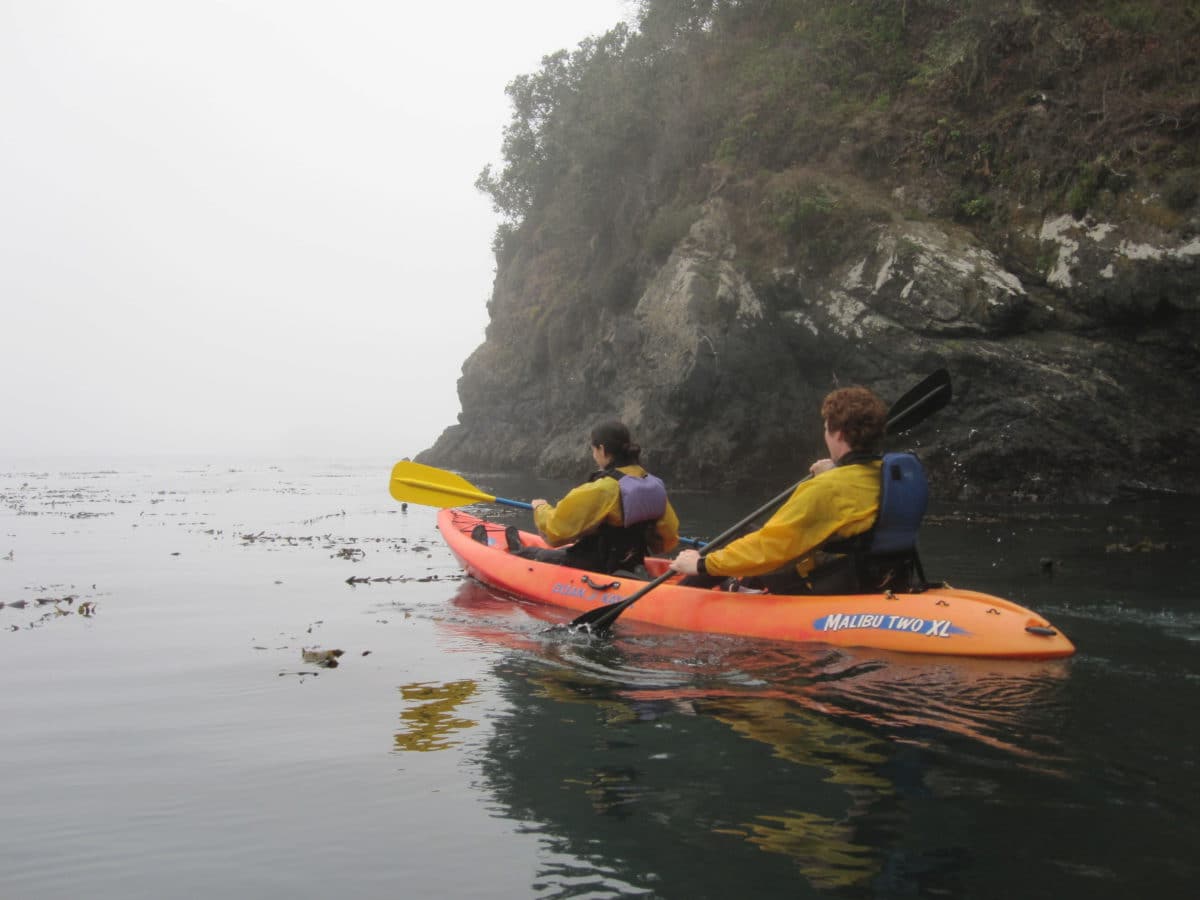 All of these pictures were actually taken at the end when we got back to the cove. There were a few more waves on the other side. The guide took us few a few caves along the shores of the state park, and it was really beautiful. Most of the time we were in between large rocks and the cliffs, but a few times we had to cross open water with some decently large waves. Mariam got a bit nervous a few times, but we still made it. Sadly, I only saw one seal for a brief moment.

Since the coast was covered in fog, we drove a few minutes up the Big River canyon to the sunshine for our picnic. 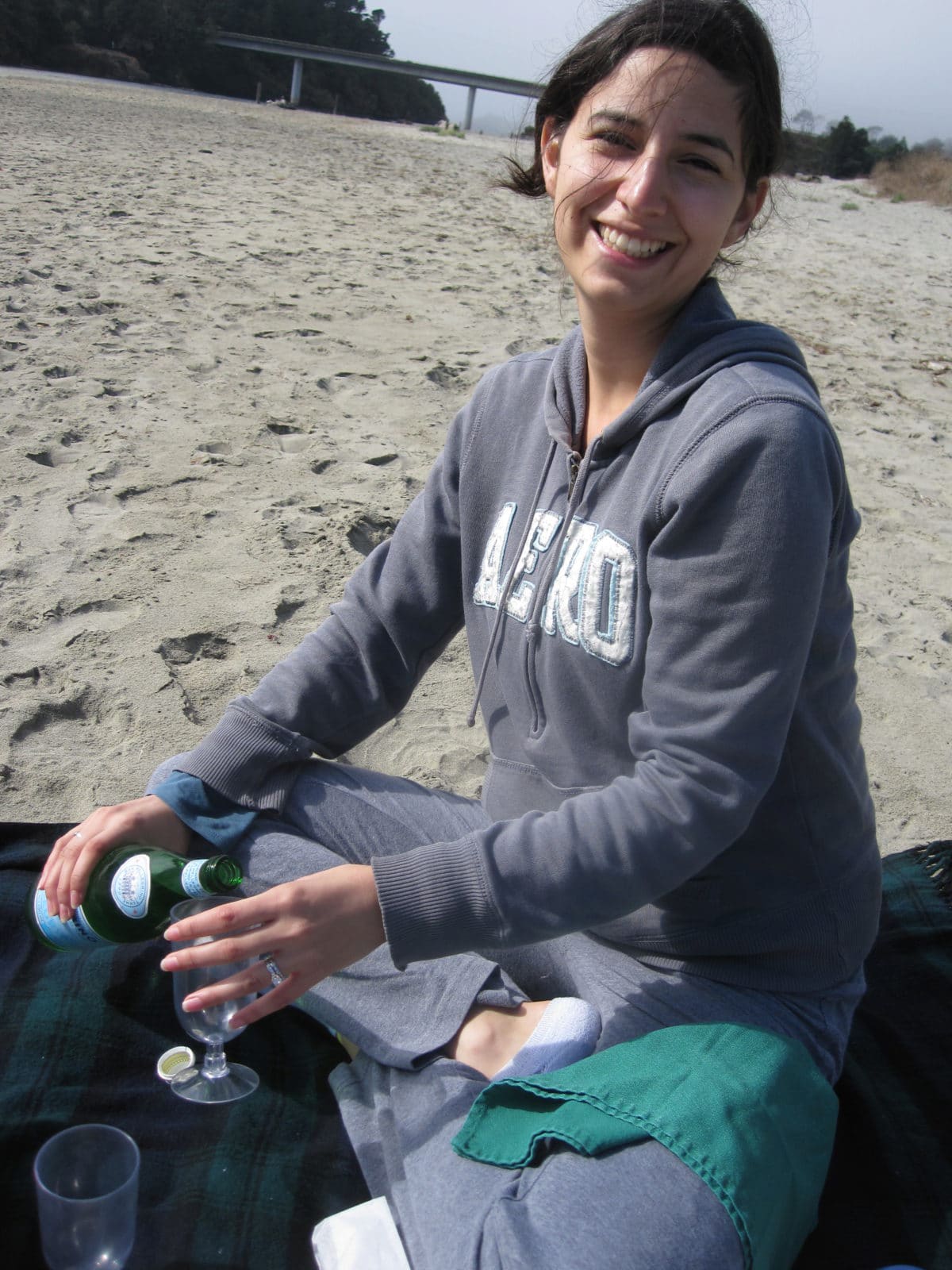 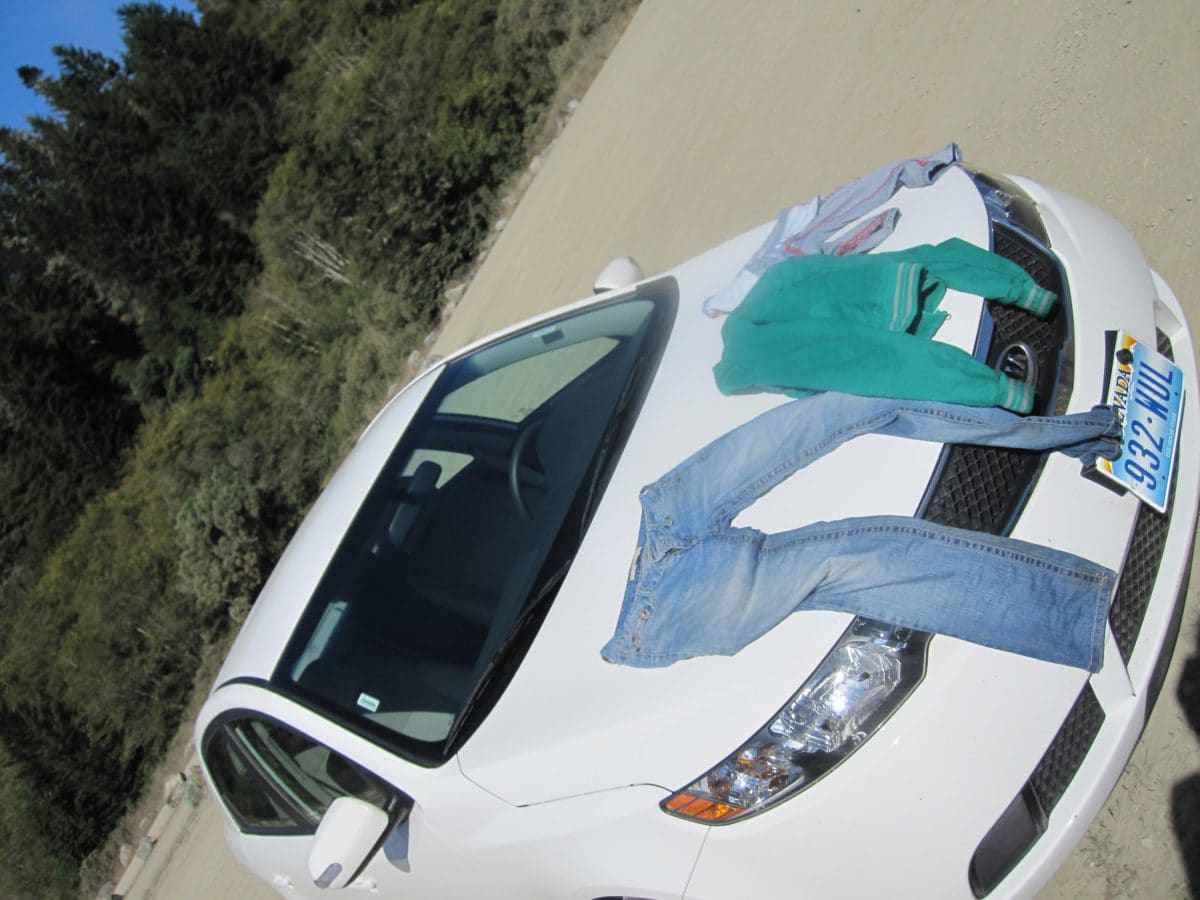 Mariam’s clothes got a bit wet during the kayaking.

We spent the rest of the afternoon relaxing by walking around town and taking naps. As part of Mariam’s birthday, we went out to Cafe Beaujolais for some romantic French dining to finish off our fun day.

Wednesday was sadly our last day and we took our time leaving the inn. We took the much faster inland route down the 101 to Petaluma. Since it really doesn’t feel like Fall here (honestly it never feels like any of the 4 seasons), we thought we would try to get a bit into the mood by going to a pumpkin patch. 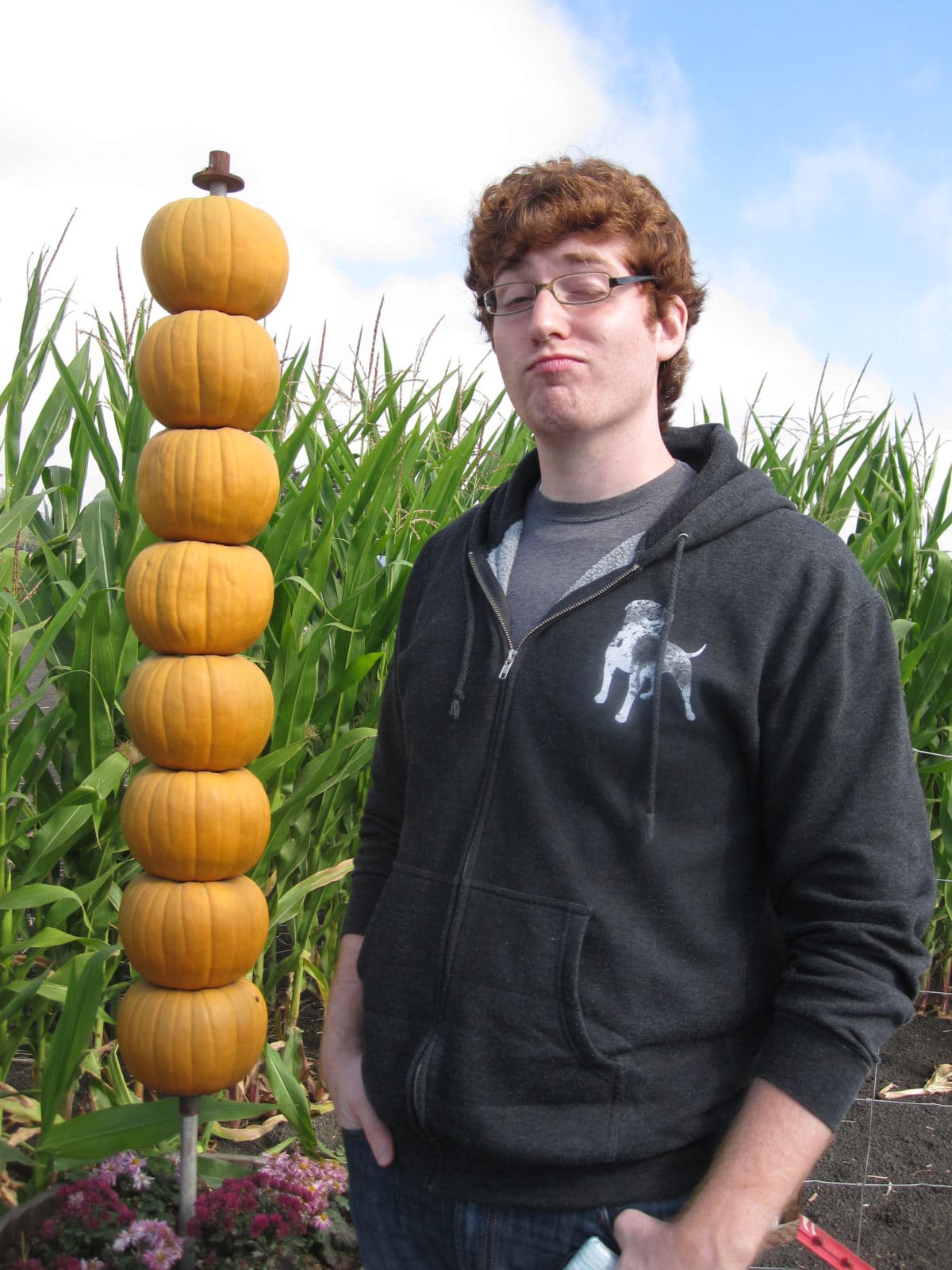 We got thoroughly lost in the corn maze (maize?) and we picked out a pumpkin that is still waiting on our counter to be carved. 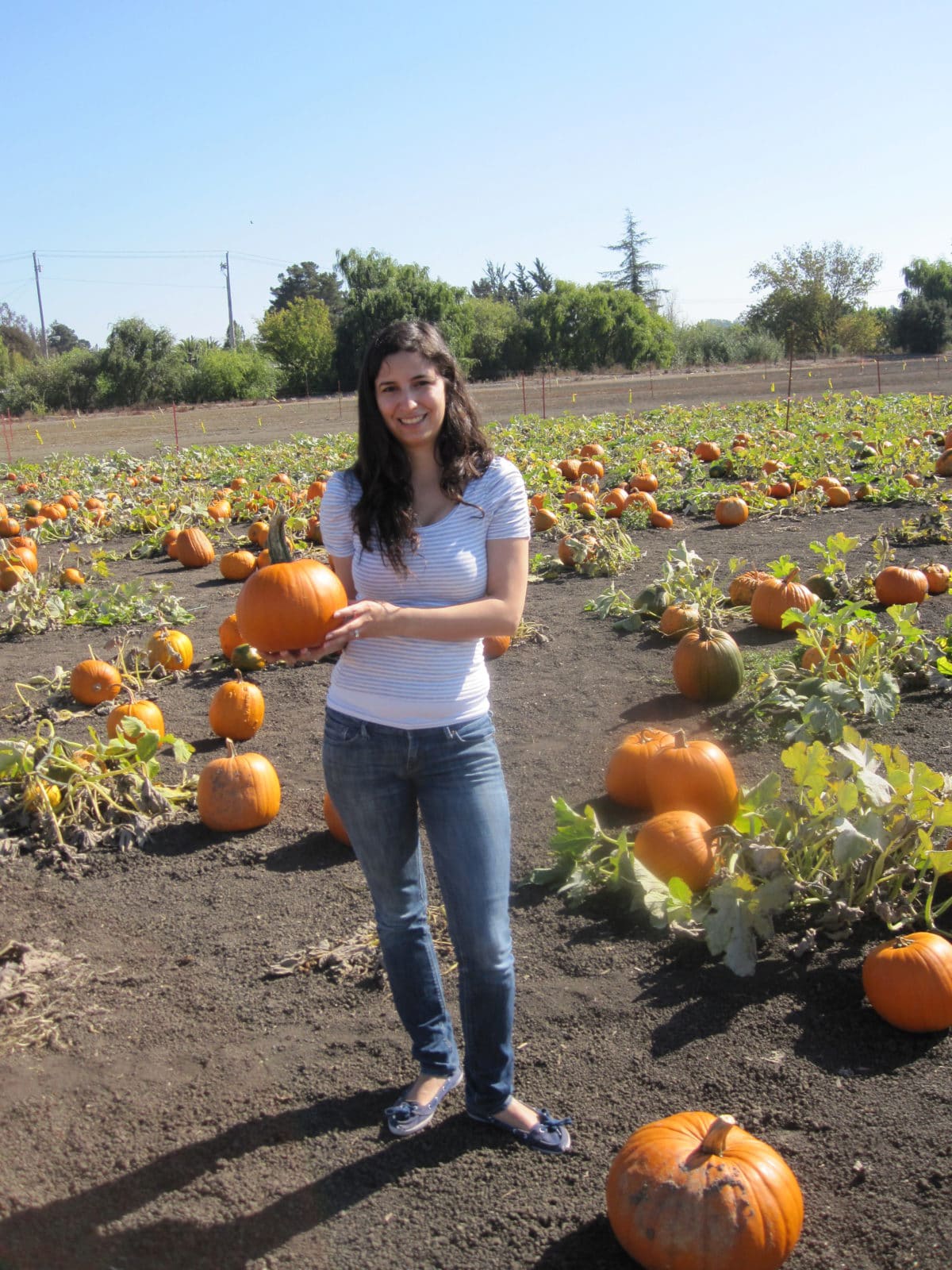 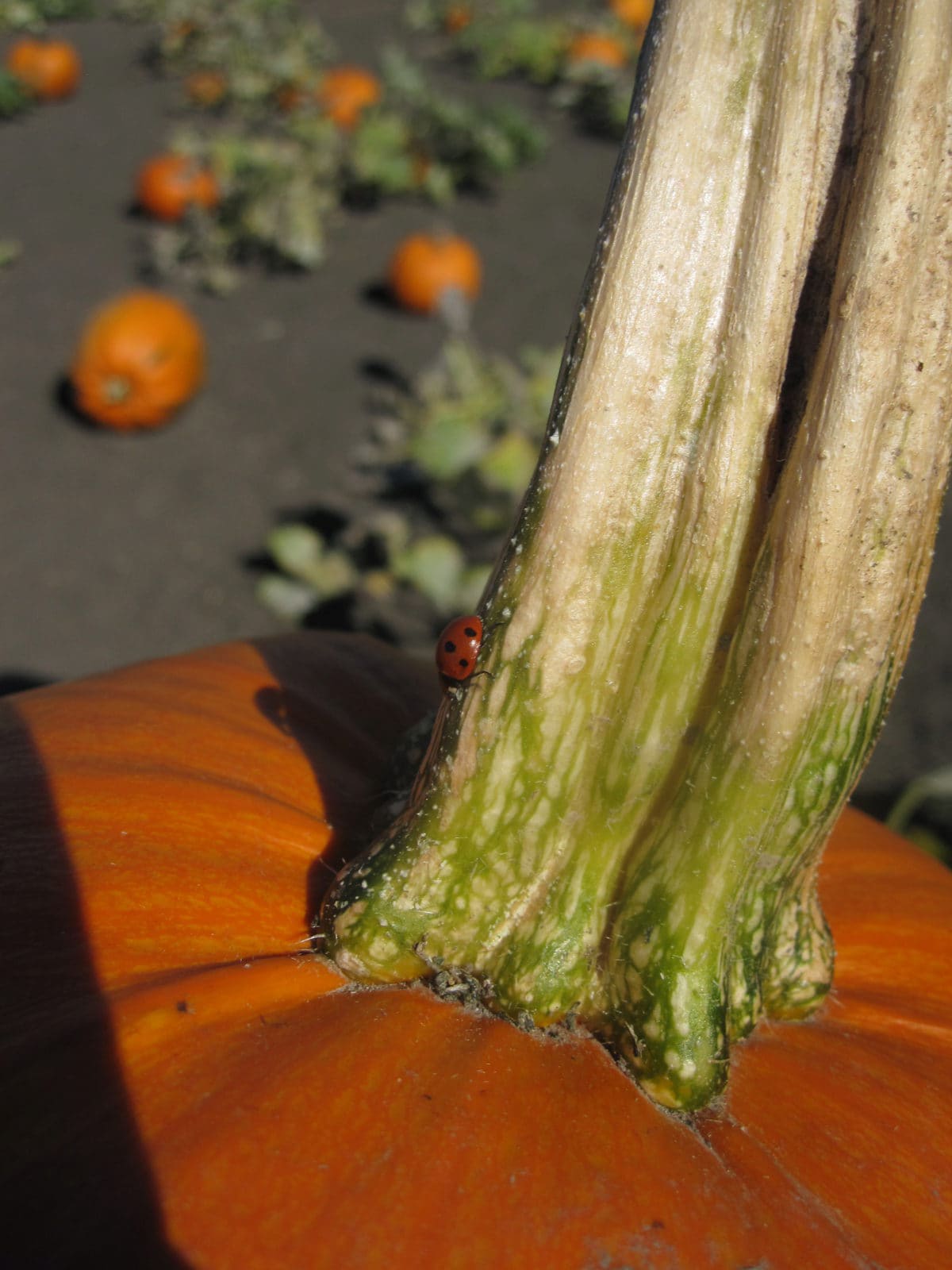 We left this little guy at the patch. 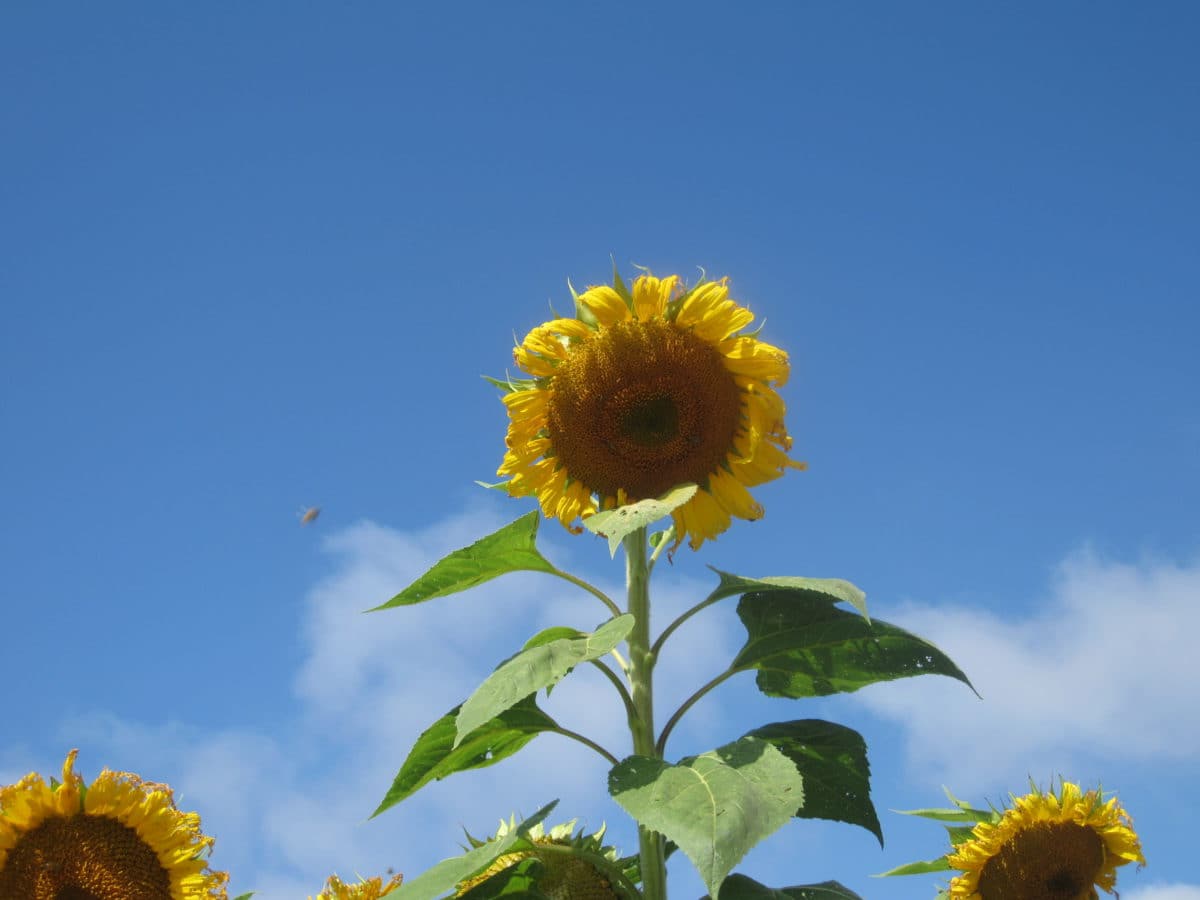 Having the corn maze surrounded by big sun flowers kind of ruined the whole Fall mystique for me.

We finished off our trip with a stop at Roy’s Hot Dogs for some greasy meat products. I got a deep fried chili dog. Pretty much amazing.

That was a much needed and a much appreciated vacation.